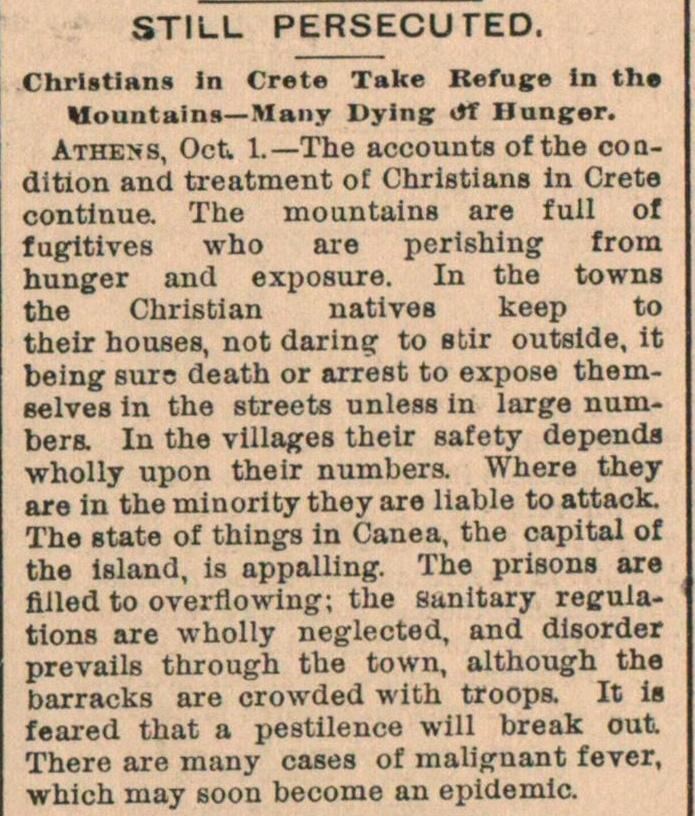 Athexs, Oct 1.- The accounts of the condition and treatment of Christians in Crete continue. The mountains are full of fugitives who are perishing from hunger and exposura. In the towns the Christian natives keep to their bouses, not daring to Btir outside, it being surs death or arrest to exposé themgelves in the streets unless in large numbers. In the villages thelr safety dependa wholly upon thelr numbera. Where they are in the minority they are Hable to attack. The state of things in Canea, the capital of the island, is appalling. The prisons are filled to overflowing; the Banitary regulations are wholly neglected, and disorder prevails through the town, although the barracks are crowded with troopa It is feared that a pestilence will break out There are many cases of maliguant fever, which may soon become an epidemie.