His Head Blown Off 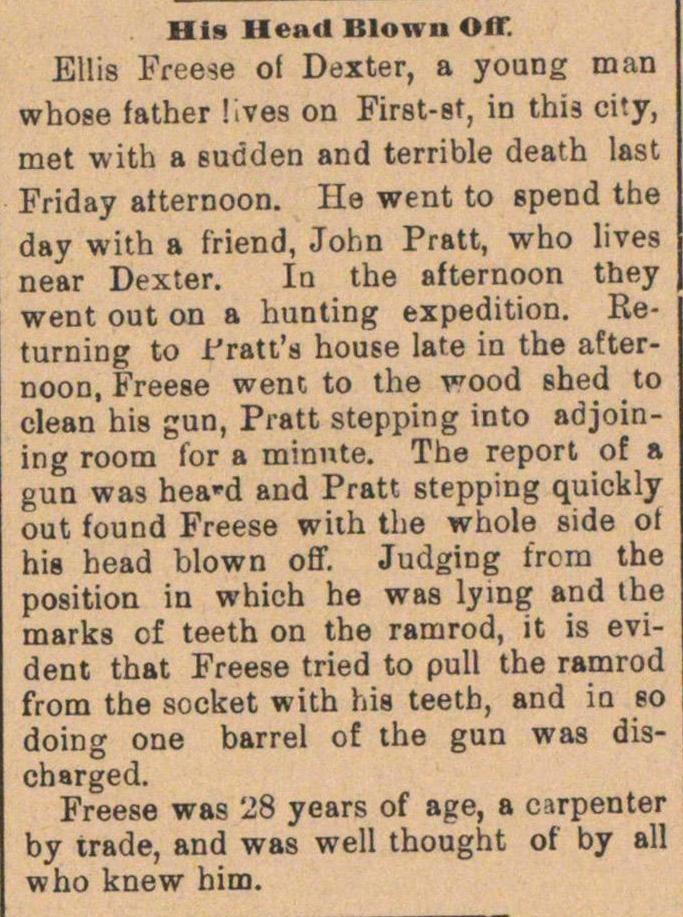 Bilis Freeie of Dexter, a young man whose father üves on First-st, in this city, met with a gudden and terrible death last Friday atternoon. He went to spend the day with a friend, John Pratt, who lives near Dexter. Io the aiternoon they went out on a hunting expedition. Reurning to i.Jratt'a house late in the afternoon, Freese went to the wood shed to lean his gun, Pratt stepping into adjoinng room for a minute. The report of a gun was hea'd and Pratt stepping quickly ut found Freese wilh the whole side ot his head blown off. Judging trom the position in which he was lying and the marks of teeth on the ramrod, it is evident that Freese tried to pull the ramrod from the sooket with hia teeth, and ia eo doing one barrel of the gun was discharged. Freese was '28 years of age, a carpenter by irade, and was well thought of by all who knew him.