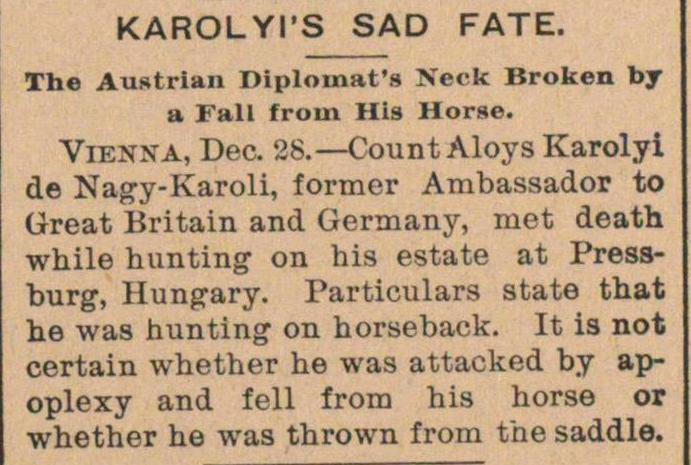 Vieníta, Dea 28.- Count Aloys Karolyi de Nagy-Karoli, former Ambassador to Ureat Britain and Germany, met death while hunting on his estáte at Pressburg, Hungary. Partioulars state that he was hunting on horseback. It is not certain whether he was attacked by apoplexy and fell from his horse or whether he was thrown from the saddle.