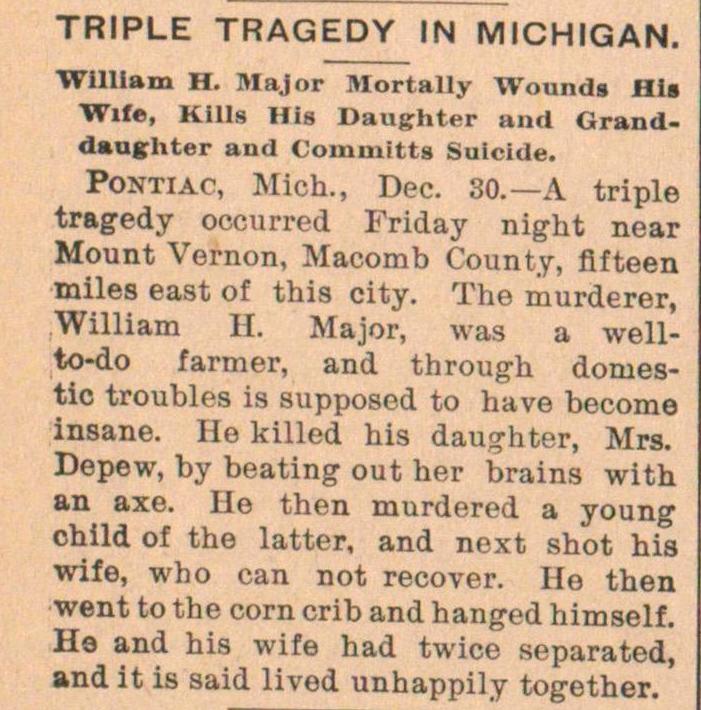 Pontiac, Mich., Dec. SO.- A triple tragedy oocurred Friday night near Mount Vernon, Macomb County, fifteen miles east of this city. The murderer, William H. Major, was a wellto-do farmer, and through doniestio troubles is supposed to have become insane. He killed his daughter, Mrs. Depew, by beating out her brains with au axe. He then murdered a young child of the latter, and next shot hia wife, who can not recover. Ho then went to the corn crib and hanged himself. Hs and his wife had twice separated, and it is said lived unhappily together.