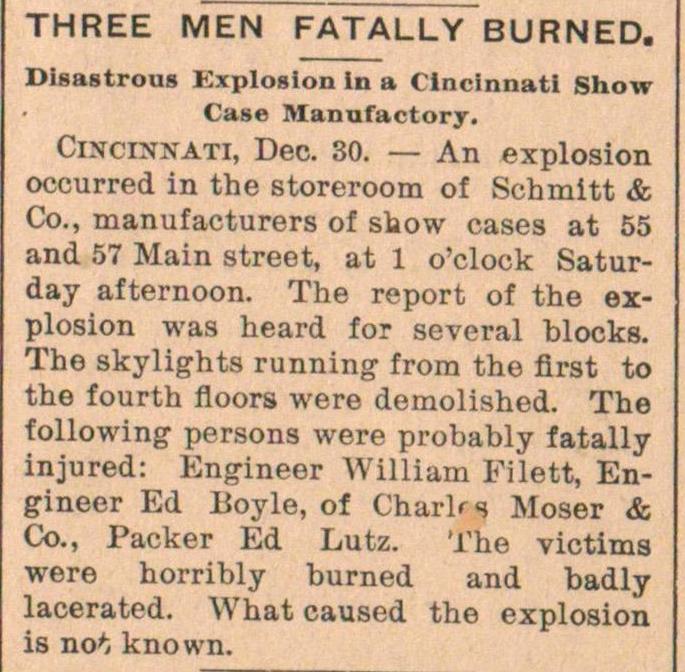 CisrciNNATi, Dec. 30. - An explosión oceurred in the storeroom of Schmitt & Co., manufacturers of show cases at 55 and 57 Main street, at 1 o'elock Saturday afternoon. The report of the explosión was heard for several blocks. The skylights running from the first to the fourth floors were demolished. The following persons were probably fatally injured: Engineer William Filett, Engineer Ed Boyle, of Charks Moser & Co., Packer Ed Lutz. The victima were horribly burned and badly lacerated. What caused the explosión is no; known.