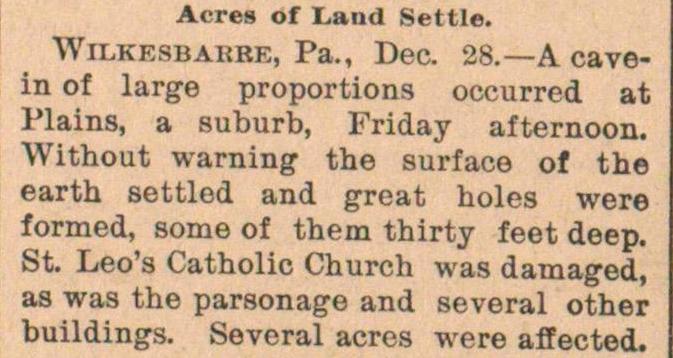 WiLKESBAKBE, Pa., Dec. 28.- A cavein of large proportions occurred at Plains, a suburb, Friday afternoon. Without warning the surface of the earth settlod and great holes were formed, some of them thirty feet deep. St. Leo's Catholic Church was damaged, as was the parsonage and several other buildings. Several acres were affected.