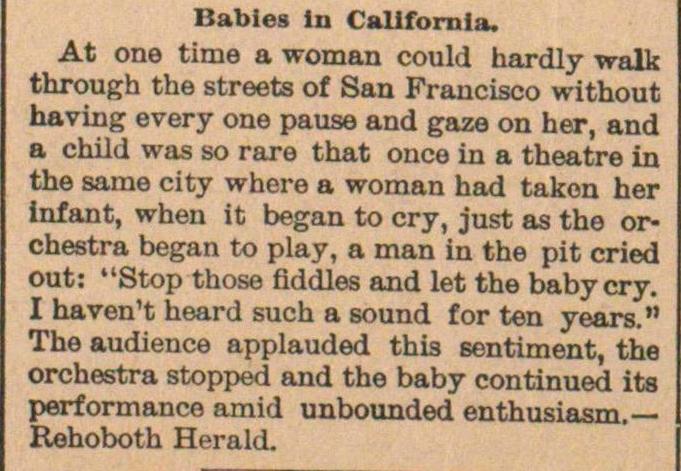 At one time a woman could hardly walk through the streets of San Francisco without having every one pause and gaze on her, and a child was so rare that once in a theatre in the same city where a woman had taken her infant, when it began to cry, just as the orchestra began to play, a man in the pit cried out: "Stop those flddles and let the baby cry. I haven't heard such a sound for ten years." The audience applauded this sentiment, the orchestra stopped and the baby continued ita performance amid unbounded enthusiasm Rehoboth Heraid.