Death Of The Oldest Practicing Attorney 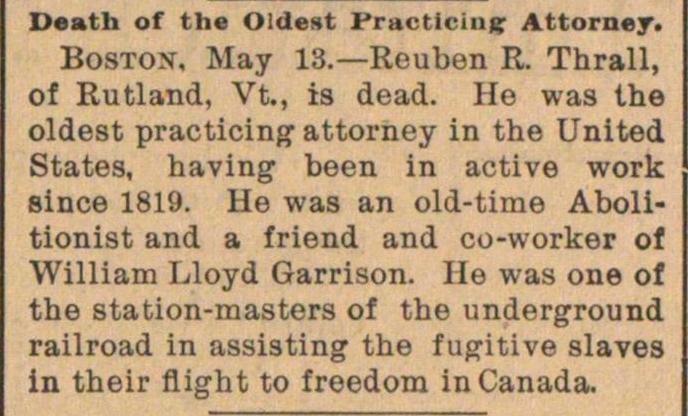 Boston, May 13.- Reuben R. Thrall, of Rutland, Vt., Í3 dead. He was the oldest practicing attorney in the United States, having been in active work since 1819. He was an old-time Abolitionist and a íriend and co-worker of William Lloyd Garrison. He was one of the station-masters of the underground railroad in assisting the fugitive slaves in their flight to freedom ín Canada.