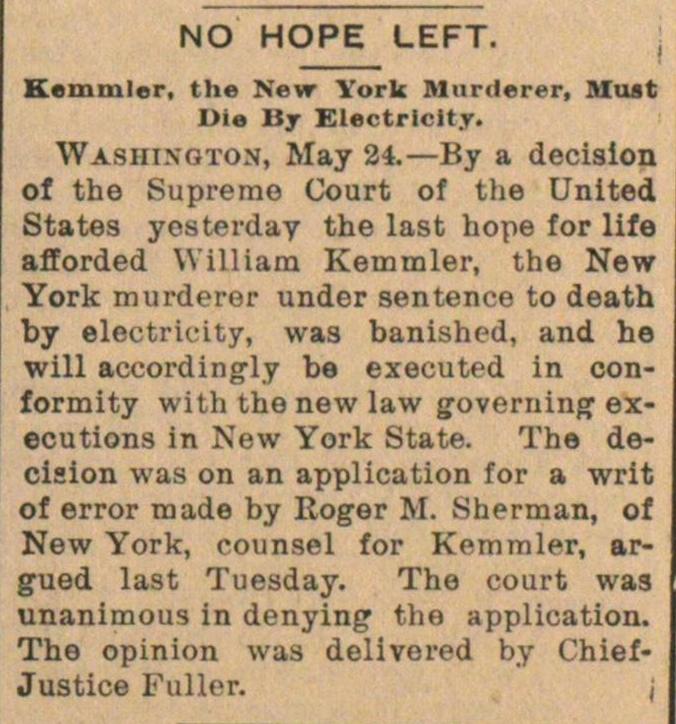 Washington, May 24. - By a decisión of the Supreme Court of the United States yosterday the last hope for Ufe afforded William Kemmler, the New York murderor under sentence to death by electrieity, waa banished, and he will accordingly be executed in coníormity with the new law governing executions in New York State. The decisión was on an application for a writ of error made by Roger M. Sherman, oí New York, counsel for Kemmler, arued last Tuesday. The court was unanimuus in denying the application. The opinión was delivered by ChiefJustice Fuller.