So Say We Too 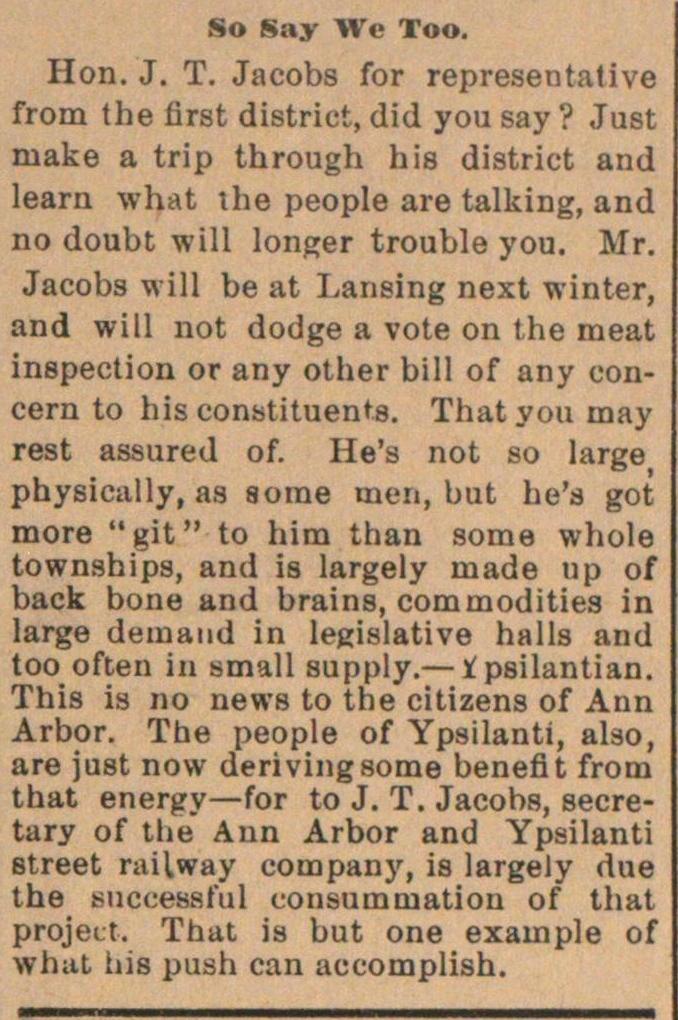 Hon. J. T. Jacobs for representalive from the first district, did you say ? Just make a trip through his district and learn what the people are talking, and no doubt will longer trouble you. Mr. Jacobs will be at Lansing next winter, and will not dodge a vote on the meat inspection or any other bill of any concern to his constituent. That you may rest assured of. He's not so large physically, as 8ome men, but he's got more "git" to him than some whole townships, and is largely made up of back bone and brains, cominodities in large demaud in legislativo halls and too often in small supply. - ïpsilantian. This is no news to the citizens of Ann Arbor. The people of Ypsilanti, also, are just now derivingsome benefit from that energy- for to J. T. Jacobs, secretary of the Aun Arbor and Ypsilanti street railway company, is largely due the snccessful consumuiation of that project. That is but one exainple of what his push can accomplish.