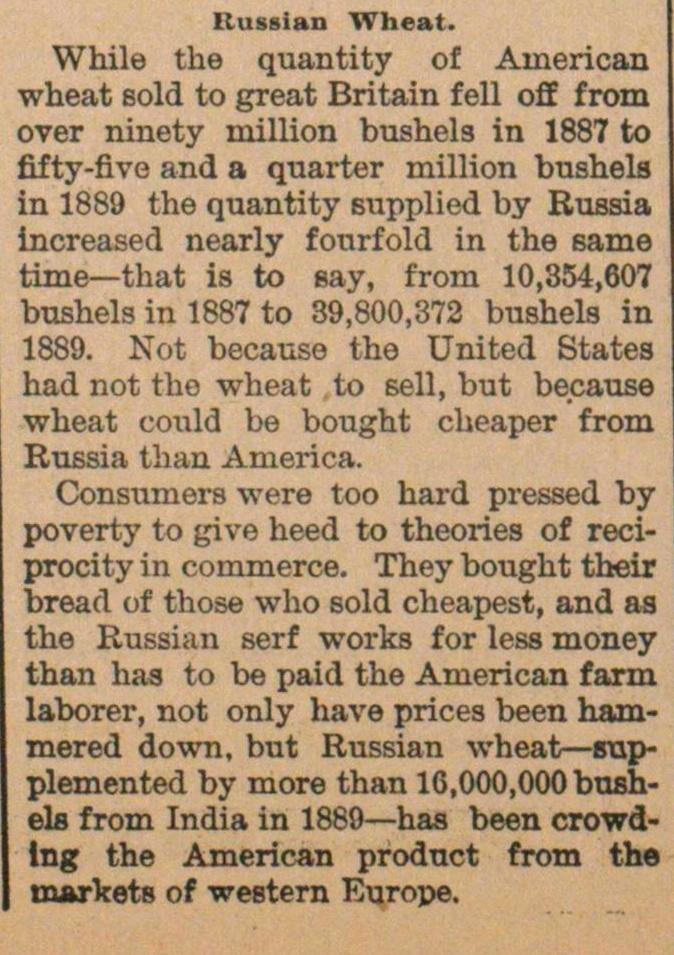 While the quantity of American wheat sold to great Britain feil oLE f rom over ninety million bushela in 1887 to fifty-five and a quarter million bushela in 1889 the quantity Bupplied by Russia increased nearly fonrfold in the same time- that is to say, from 10,854,607 bushels in 1887 to 39,800,372 bushels in 1889. Not because the United States had not the wheat to sell, but bepause wheat could be bought cheaper from Russia than America. Consumers were too hard pressed by poverty to give heed to theories of reciprocity in commerce. They bought their bread of those who eold cheapest, and as the Russian serf works for less money than has to be paid the American farm laborer, not only have prices been hammered down, but Russian wheat - eupplemented by more than 16,000,000 bushels from India in 1889 - has been crowdlng the American product from the markets of western Europe.