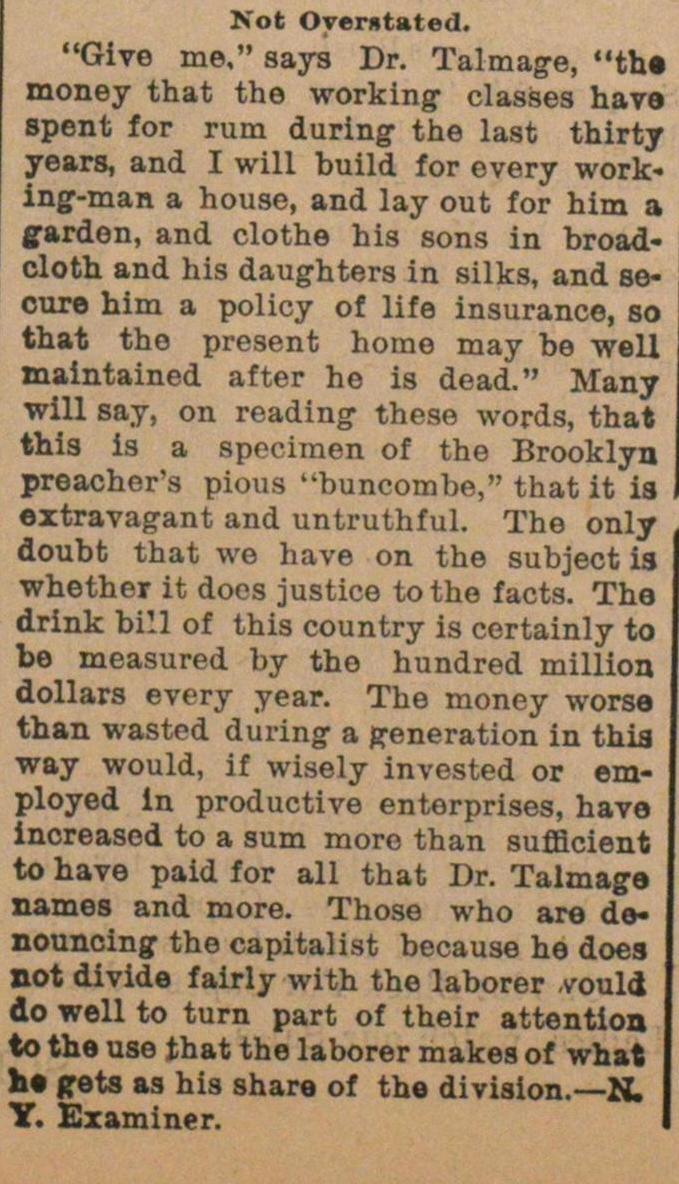 "Give me," says Dr. Talmage, "th money that the working classes hars spent for rum during the last thirty years, and I will build for every working-man a house, and lay out for him a garden, and clothe his sons in broadcloth and his daughters in silks, and secure him a policy of lite insurance, so that the present home may be wel! maintained af ter he is dead." Many will say, on reading these words, that this is a specimen of the Brooklyu preacher's pious "buncombe," that it is extravagant and untruthful. The only doubt that we have on the subject is whether it does justice tothe facts. The drink bill of this country is certainly to be measured by the hundred millioa dollars every year. The money worse than wasted during a Reneration in thia way would, if wisely invested or employed In productivo enterprises, havo increased to a sum moro than suffleient to have paid for all that Dr. Talmago Barnes and more. Those who are do nounoing the capitalist because he does not divide fairly with the laborer .vould do well to turn part of their attentioa to tho use that the laborer makes of what