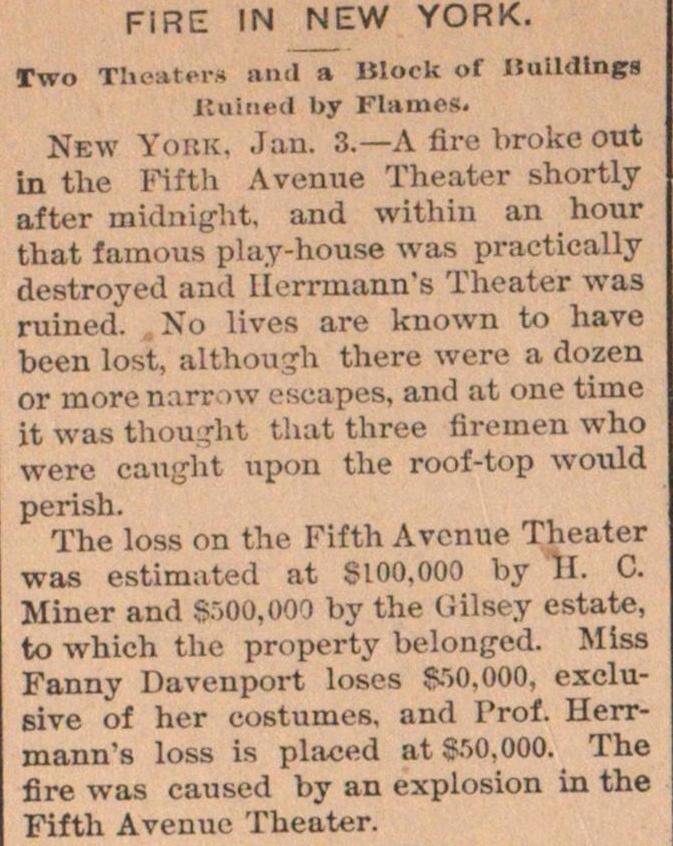 New Yobk, Jan. S. - A flre broke out in the Fifth Avenue Theater shortly after mi&night, and within an hour that famous play-house was practically destroyed and lierrinann's Theater was ndned. No lives are known to have been lost, although there were a dozen or moro narr iw escapes, and at one time it was thouffht that three firemen who were caught upon the roof-top would perish. The loss on the Fifth Avenue Theater was estimated at S100.000 by H. C. Miner and 8:0ü,000 by the (ilsey éstate, to which the property belonged. Miss Fanny Davenport loses 150,000, exclusive of her costumes, and Trof. Herrmann's loss is placed at $50,000. The fire was caused by an explosión in the Fifth Avenue Theater.