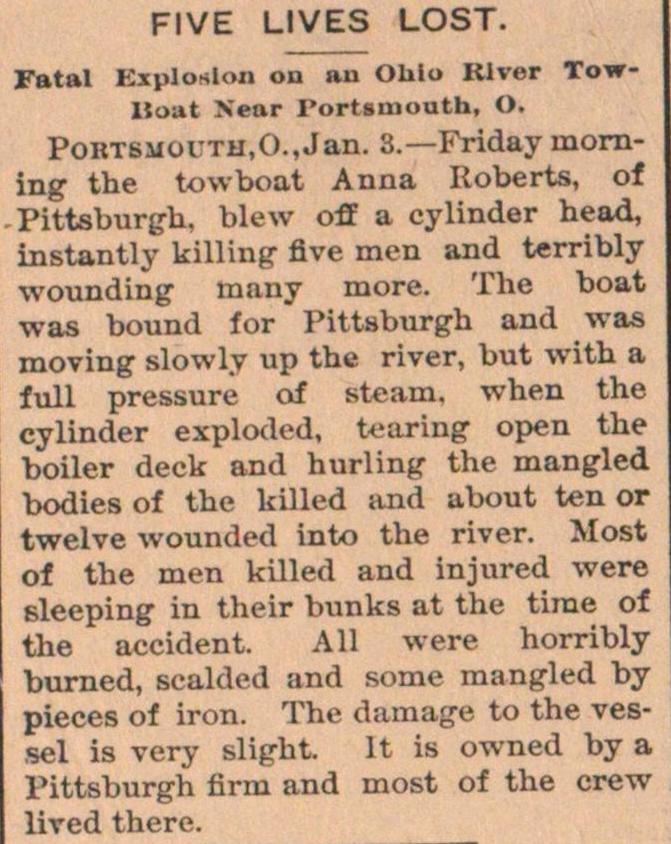 PoRTSMorTH,O.,Jan. 3.- Friday rnorning the towboat Anna Koberts, of Pittsburgh, blew off a cylinder head, instantly killing five men and terribly wounding many more. The boat was bound for Pittsburgh and was moving slowly up the river, but with a íull pressure of steam. when the cylinder explodrd, tearing open the boiler deck and hurling the mangled bodies of the killed and about ten or twelve wounded into the river. Most of the men killed and injured were sleeping in their bunks at the time of the accident. All were horribly burned, scalded and some mangled by pieces of iron. The damage to the vessel is very slight lt is owned by a Pittsburgh firm and most of the crew lired there.