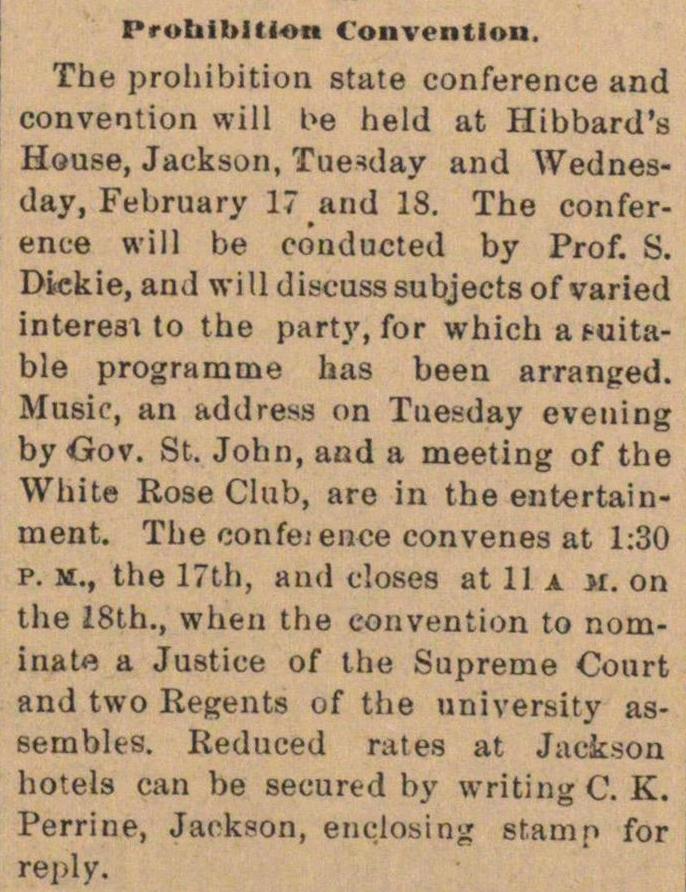 The prohibition state conference and convention will he held at Hibbard's House, Jackson, Tueday and Wednesday, February 17 and 18. The conference il be conducted by Prof. S. Diekie, and willdiscusssubjectsof varied intereal to the party, for which amitable prograrame has been arranged. Musir, an address on Tuesday evening by Gov. St. John, and a meeting of the White Rose Club, are in the entertainment. The confeience convenes at 1:30 p. if., the 17th, and doses at 11 a i. on the 18th., when the convention to nominale a Ju8tice of the Supreme Court and two Regents of the university assemblts. Reduced rat es at Jackson hotels can be secured by writing C. K. Perrine, Jackson, enqiosing stamp for reply.