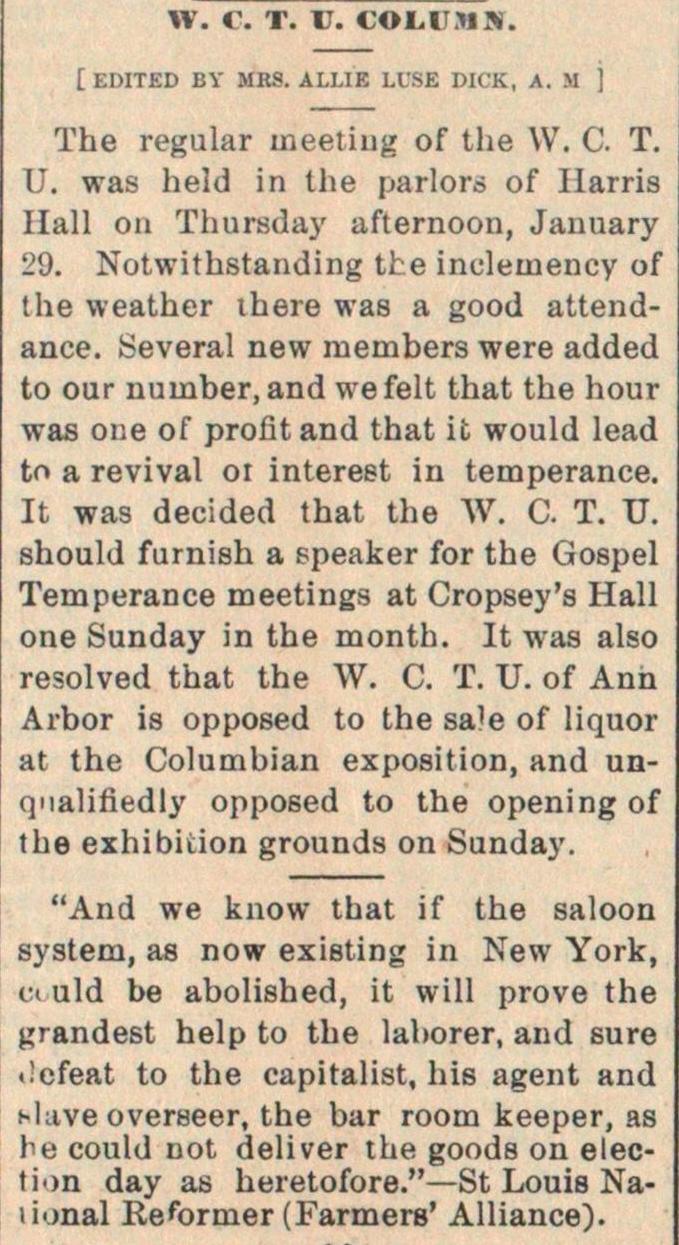 The regular ineetiug of the W. C. T. U. was held in Ihe parlors of Harris Hall on Thureday afternoon, January 29. Notwithstanding the incleuiency of the vveather ihere was a good attendance. Several new nieinbers were added to our nuinber, and wefelt that the hour was or.e of profit and that it would lead to a revival or interest in temperance. It was decided that the W. C. T. U. should furnish a speaker for the Gospel Temperance meetings at Cropsey's Hall one Sunday in the month. It was also resolved that the W. C. T. U. of Anh Arbor is opposed to the sale of liquor at the Columbian exposition, and unqualifiedly opposed to the opening of the exhibiüon grounds on Sunday. "And we know that if the saloon system, as now exieting in New York, ei uld be abolished, it will prove the grandest help to the laborer, and sure 'efeat to the capitalist, his agent and (lave overeeer, the bar room keeper, as )ie could not deliver the goods on election day as heretofore." - St Louis National Rebrmer (Farmers' Alliance).