A Father And Child 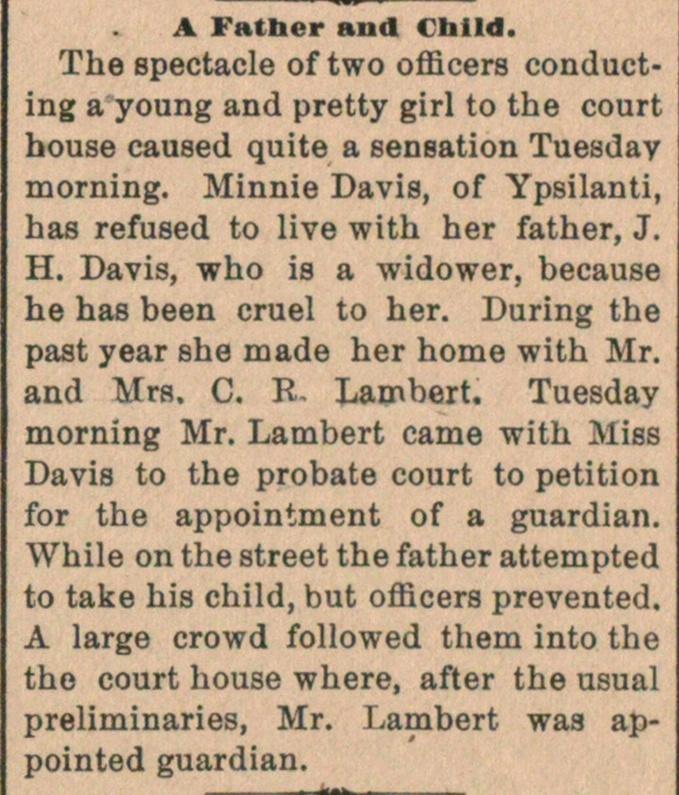 The spectacle of two officers conducting a young and pretty girl to the court house caused quite a sensation Tuesdav morning. Minnie Davis, of Ypsilanti, has refused to live with her father, J. H. Davis, who ia a widower, because he has been cruel to her. During the past year she made her home with Mr. and Mrs. C. Lambert. Tuesday morning Mr. Lambert carne with Miss Davis to the probate court to petition for the appointment of a guardián. While on the street the father attempted to take his child, but officers prevented. A large crowd followed them into the tho court house where, after the usual preliminaries, Mr. Lambert was appointed guardián.