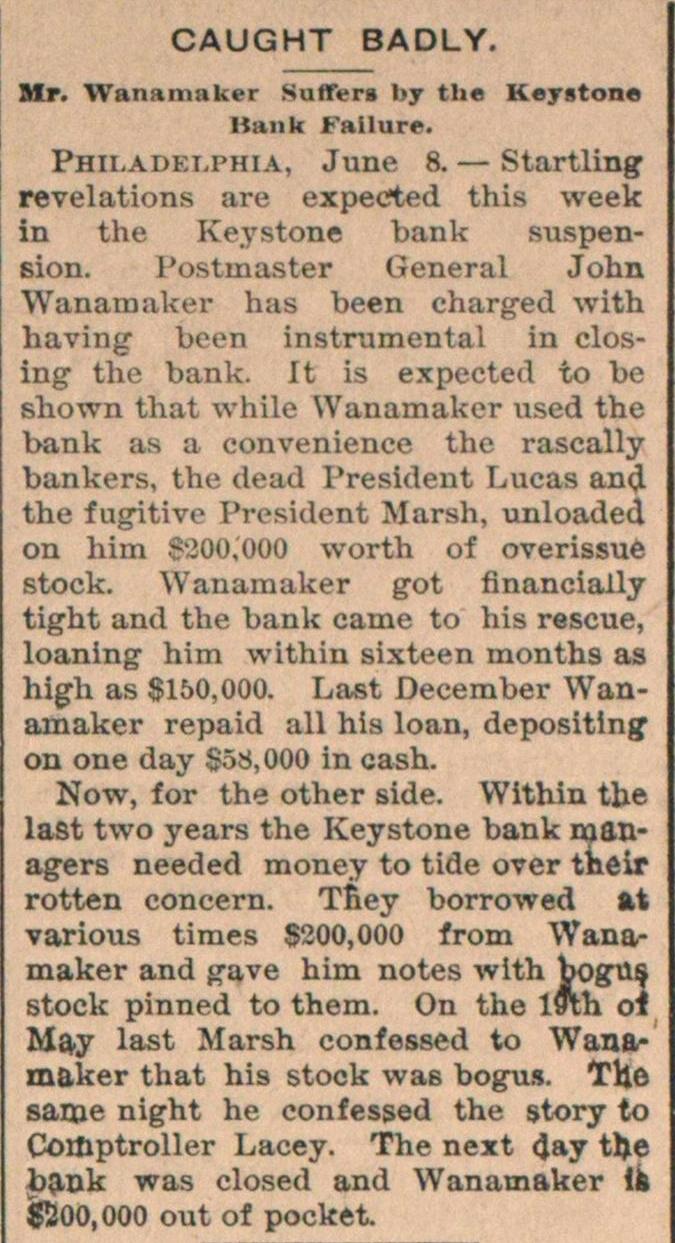 Phii.adei.phia, June 8. - Startling revelations are expected this week in the Keystone bank suspension. I'ostmaster General John Wanamaker has been charged with having been instrumental in closing the bank. It is expeeted to be shown that while Wanamaker used the bank as a itonvenience the rascally bankers, the dead President Lucas and the fugitivo President Marsh, unloaded on him S'JOO.'OOO worth of overissue stock. Wanamaker got financially tight and the bank eame to his rescue, him within sixteen months as high as $150,000. Last December Wanamaker repaid all his loan, depositiny on one day $5S,000 in cash. Now, for the other side. Within tbe last two years the Keystone bank managers needed money to tide oTer thêir rotten concern. Tfiey borrowed kt various times $200,000 f rom Wanamaker and gave him notes wlth bogtts stock pinned to them. On the ltfth ot May last Marsh confessed to Wanamaker that his stook was bogus. THö same night he confessed the story to Comptroller Lacey. The next 4y the bank was closed and Wanamaker Ik ÏSOO.OOO out of pocket