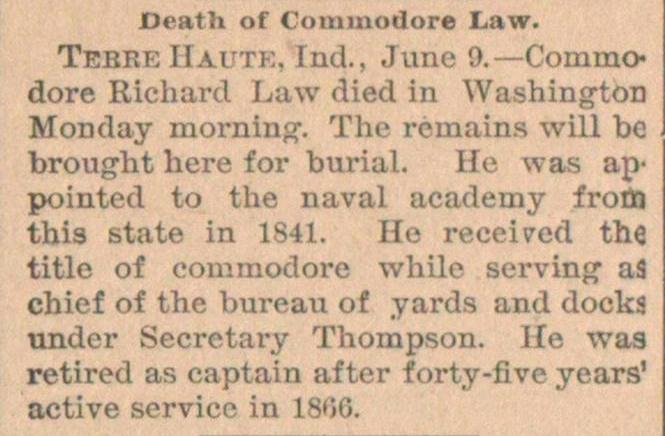 Tebre Hai tk. Ind., June 9. - Commodore Richard Law died in Washington Monday mornin#. The remains will be brought here for burial. He as appointed to the naval academy frota this state in 1S41. He received the title oí commodore while servinfj aS chief of the bureau of yards and docks under Secretary Thompson. He was retired as captain after forty-five years' active service in 1800.