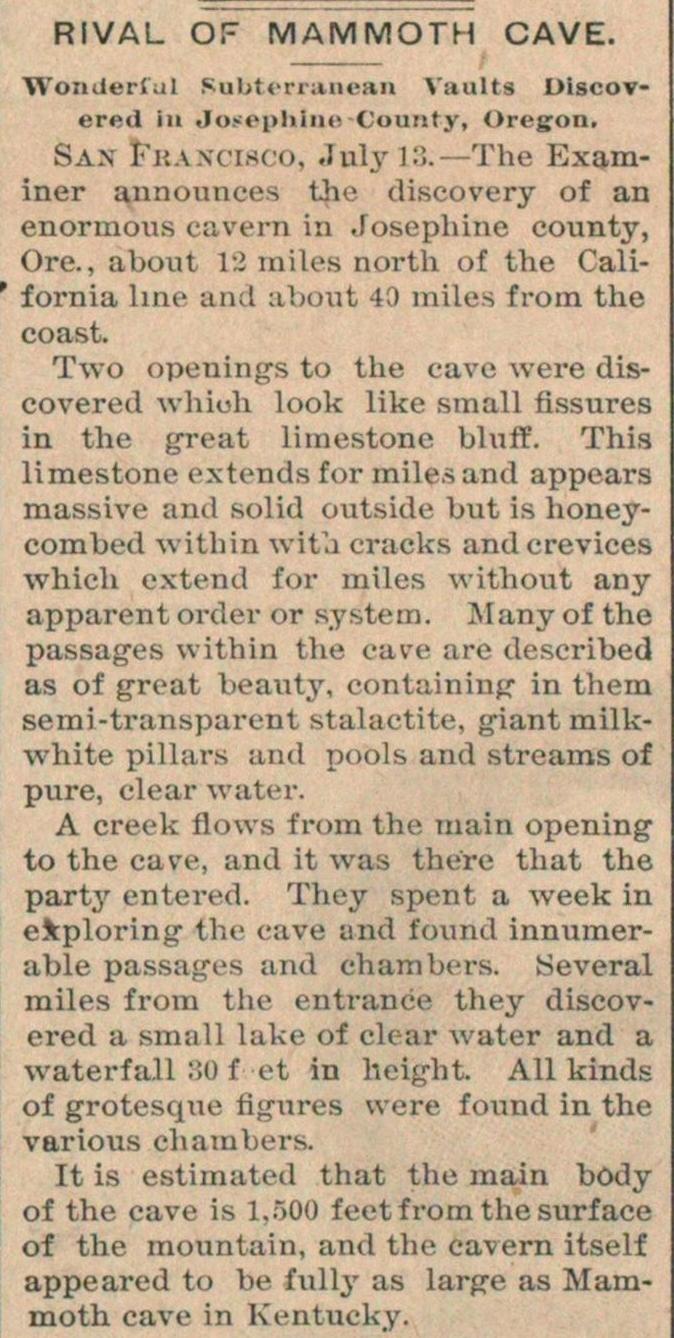 Sax Francisco, Jnly l :;. - The Examiner mmonnoes the iliscovery of an enormous cavern in Josephine county, Ore., about 1 miles north of the Cali' fornia lint' and :i!imt 40 ïnilfs froin the coast. Two openings to the cave were discovered whioh look like small fissures in the great limestonc bluff. This limestone extenda for miles and appears massive and solid outside but is honeycombed within witli cracks andcrevices which extend for miles without any apparent order or System. Many of the passages within the cave are deseribed as of great beauty, containing1 in them semi-transparent stalactite, giant milkwhite pillara and pools and streams of pure, clear water. A creek flows from the main opening to the cave, and it was there that the party entered. They spent a week in eütploring the cave and found innumerable passages and chambers. Several miles from the entrance they discovered a small lake of ck-ar water and a waterfall 80 f et in height. All kinds of grotescjue figures were found in the various chambers. It is estimated that the main body of the cave is 1,500 f eet f rom the surface of the mounüün, and the cavern itself appeared to be fully as large as Mammoth cave in Kentueky.