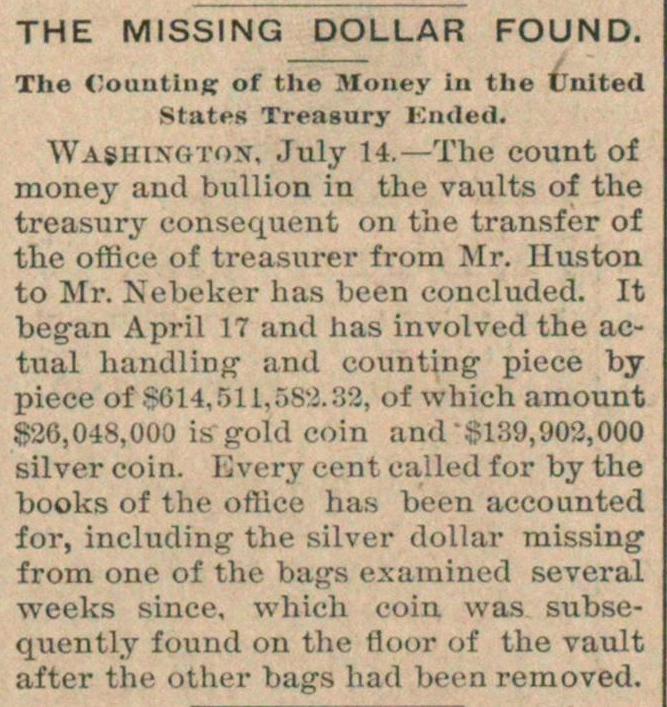 Washington-, July 14. - The count of money and bullion in the vaults of the treasury consequent on the transfer of the office of treasurer from Mr. Huston to Mr. Nebeker has been concluded. It began April 17 and has involved the actual handlinft and oounting piece by piece of $614,51 1,682.32, of whieh amount 938,048,000 iL gold coin and 189,908,000 BÜver coin. Bvery cent called for by the books of the office lias been aoeounted for, including the BÜver dollar missing from one of the baga examined several weeks since, wblch coin was subsequently found on the Hoor cjf the vault after the other bags had been removed.