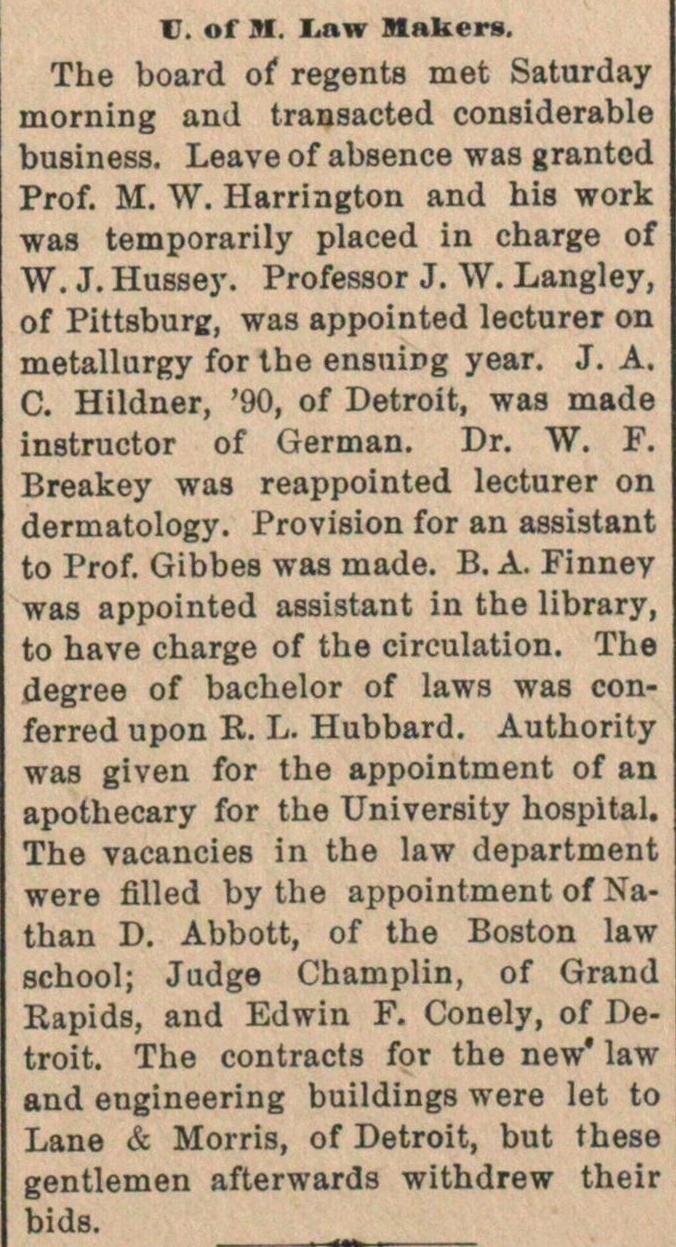 The board of regente met Saturday morning and transacted considerable business. Leave of absence was granted Prof. M. W. Harrington and nis work was temporarily placed in charge of W. J. Hussey. Professor J. V. Langley, of Pittsbure, was appointed lecturer on metallurgy for the ensuirg year. J. A. C. Hildner, '90, of Detroit, was made instructor of Germán. Dr. W. F. Breakey was reappointed lecturer on dermatology. Provisión for an assistant to Prof. Gibbes was made. B. A. Finney was appointed assistant in the library, to have charge of the circulation. The degree of bachelor of laws was conferred upon R. L. Hubbard. Authority was given for the appointment of an apothecary for the University hospital. The vacancies in the law department were filled by the appointment of Nathan D. Abbott, of the Boston law school; Judge Champlin, of Grand Eapids, and Edwin F. Conely, of Detroit. The contracts for the new' law and engineering buildings were let to Lane & Morris, of Detroit, but these gentlemen afterwards withdrew their bids.