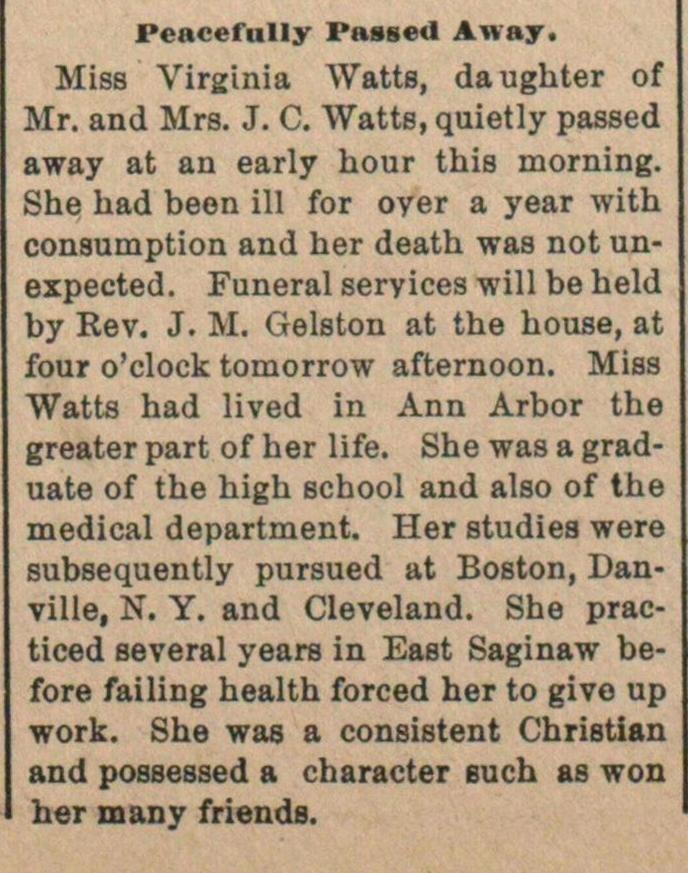 Miss Virginia Watts, daughter of Mr. and Mrs. J. C. Watts, quietly passed away at an early hour this morning. She had beon ill for oyer a year with consumption and her death was not unexpected. Funeral services will be held by Rev. J. M. Gelston at the house, at four o'clock tomorrow afternoon. Miss Watts had lived in Ann Arbor the greater part of her life. She was a gradúate of the high school and also of the medical department. Her studies were subsequently pursued at Boston, Danville, N. Y. and Cleveland. She practiced several years in East Saginaw before failing health forced her to give up work. She was a consistent Christian and possessed a character euch as won her man y friends. '