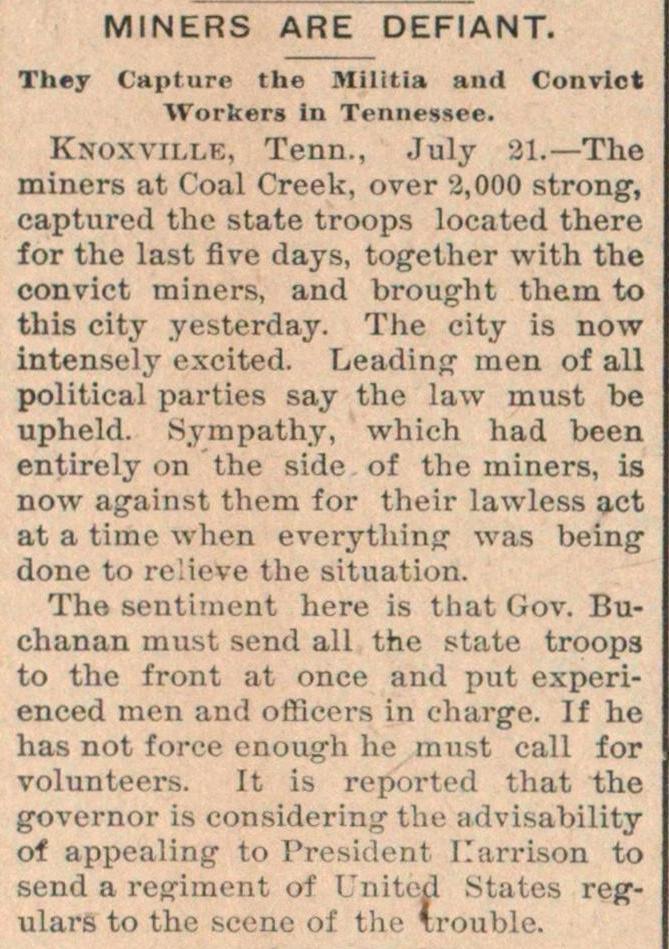 Kn-oxville, Tenn., July '21.- The miners at Coal Creek, over 2,000 strong, captured the state troops located there for the last five days, together with the convict miners, and brought thern to this city yesterday. The city is now intensely excited. Leading raen of all politica! parties say the law must be upheld. Sympathy, which had been entirely on the side of the miners, is now against them for their lawless act at a time when everything was being done to relieve the situation. The sentiment here is that Gov. Buchanan must send all the state troops to the front at once and put experienced men and offlcers in charge. If he has not force enough he most cali for volunteors. It is reported that the governor is considering the advisability of appcaling to President riarrlaon to send a regiment of United States regulars to the scène of the trouble.