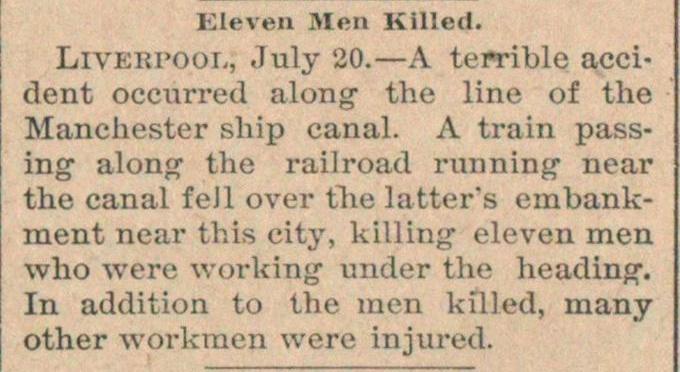 Liverpool; July 20. - A terrible accident occúrred along the line of the Manchester ship canal. A train passing along the railroad running near the canal feil over the latter's ernbankment near this city, kllling eleven men who were werking ander the heading'. In addition to the men killed, many other workmen were injured.