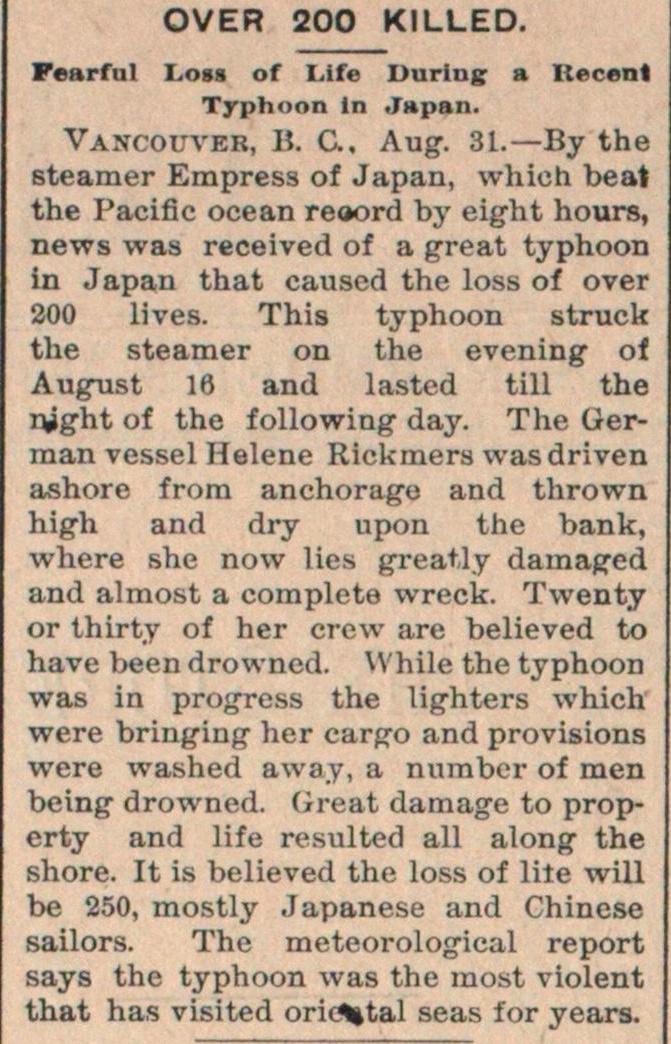 Vancoüveb, B. C Aug. 31. - By the steamer Empress of Japan, which beat the Pacific ocean reoord by eight hours, news was received of a great typhoon ín Japan that caused the loss of over 200 lives. This typhoon struck the steamer on the evening of August 16 and lastcd till the rvght of the following day. The üerman vessel Helene Rickmers wasdriven ashore frora anchorage and thrown high and dry upon the bank, where she now lies greatly damaged and alinii.it a complete wreek. Twenty or thirty of her crew are believed to have been drowned. While the typhoon was in progress the lighters which were bringing her cargo and provisions were washed awa.y, a number of men being drowned. (reat damage to property and life resulted all along the shore. It is believed the loss of lite will be 250, mostly Japanese and Chinese sailors. The meteorological report says the typhoon was the most violent that has visited oriental seas for years.