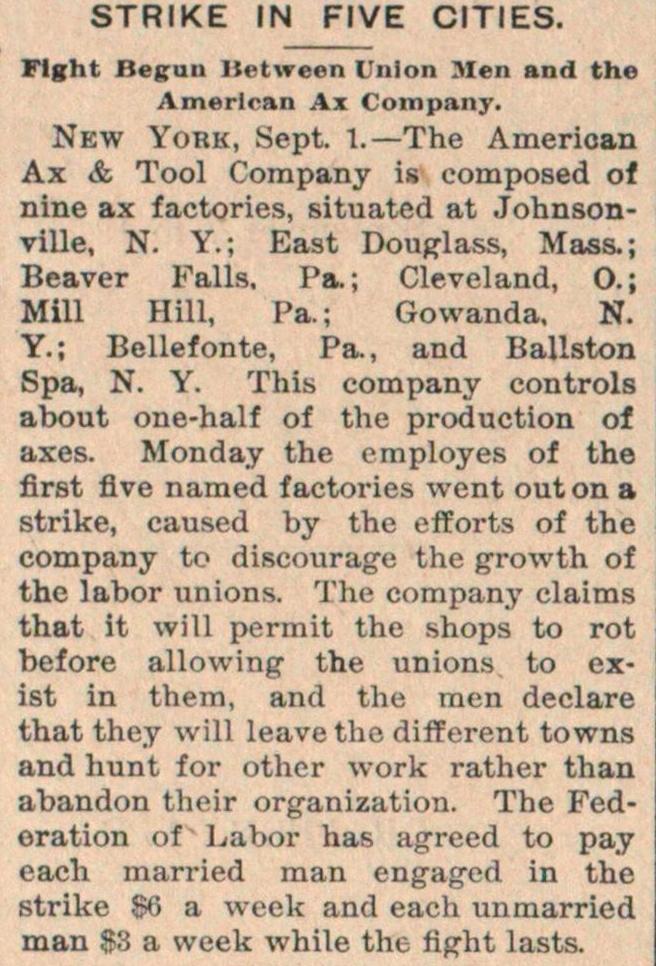 New York, Sept. 1. - The American Ax & Tool Company is composed of nine ax factories, situated at Johnsonville, N. Y.; East Doujflass, Mass.; Beaver Falls. Pa.; Cleveland, O.; Mili Hill, Pa.; Gowanda, N. Y.; Bellefonte, Pa., and Ballston Spa, N. Y. This company controls about one-half of the production of axes. Monday the employés of the first five named factories went out on a strike, caused by the efforts of the company to discourage the growth of the labor unions. The company claims that it will permit the shops to rot before allowing the unions to exist in them, and the men declare that they will leave the different towns and hunt for other work rather than abandon their organization. The Fedoration of Labor has agreed to pay eaeh married man engaged in the strike S6 a week and each unmarried man $3 a week while the fiffht lasts.