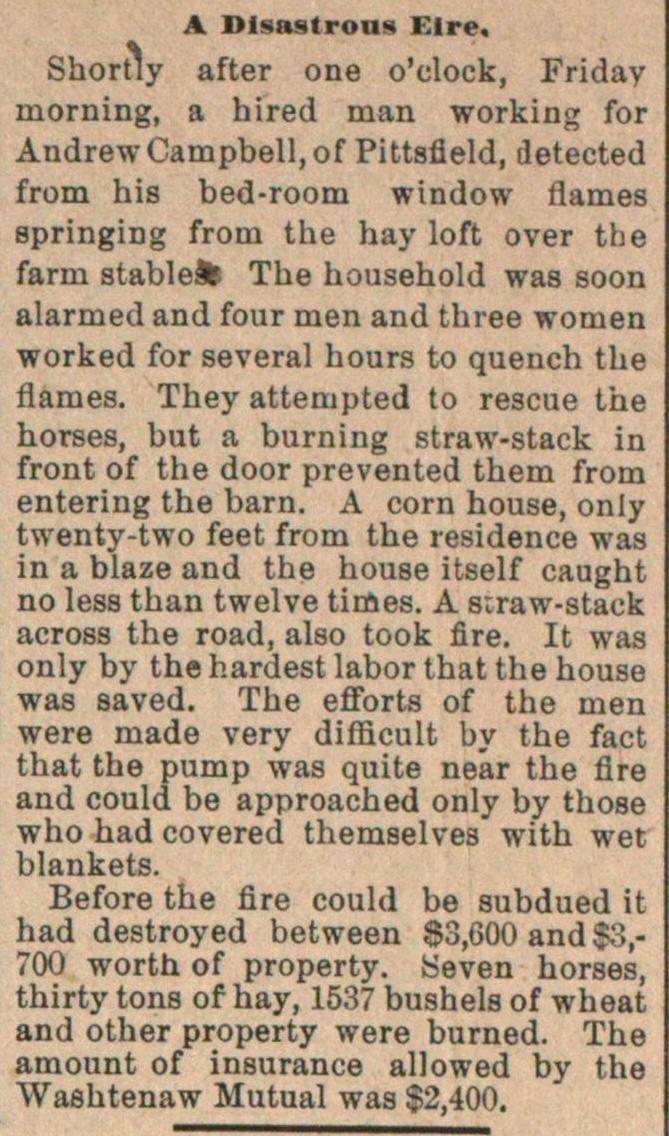 Shortly after one o'clock, Friday morning, a hired man working for Andrew Campbell, of Pittsfield, detected from his bed-room window flames BpringiDg from the hay loft over the farm stable The household was soon alarmed and four men and three women worked for several hours to quench the flames. They attempted to rescue the horses, but a burning straw-stack in front of the door prevented them from entering the barn. A corn house, only twenty-two feet from the residence was in a blaze and the house itself caught no less than twelve times. A s;raw-stack across the road, also took fire. It was only by the hardest labor that the house was saved. The efforts of the men were made very difficult by the fact that the pump was quite neár the flre and could be approaohed only by those who had covered themselves with wet blankets. Before the fire could be subdued it had destroyed between 83,600 and $3,700 worth of property. Seven horses, thirty tons of hay, 1537 bushels of wheat and other property were burned. The amount of insurance allowed by the Washtenaw Mutual was $2,400.