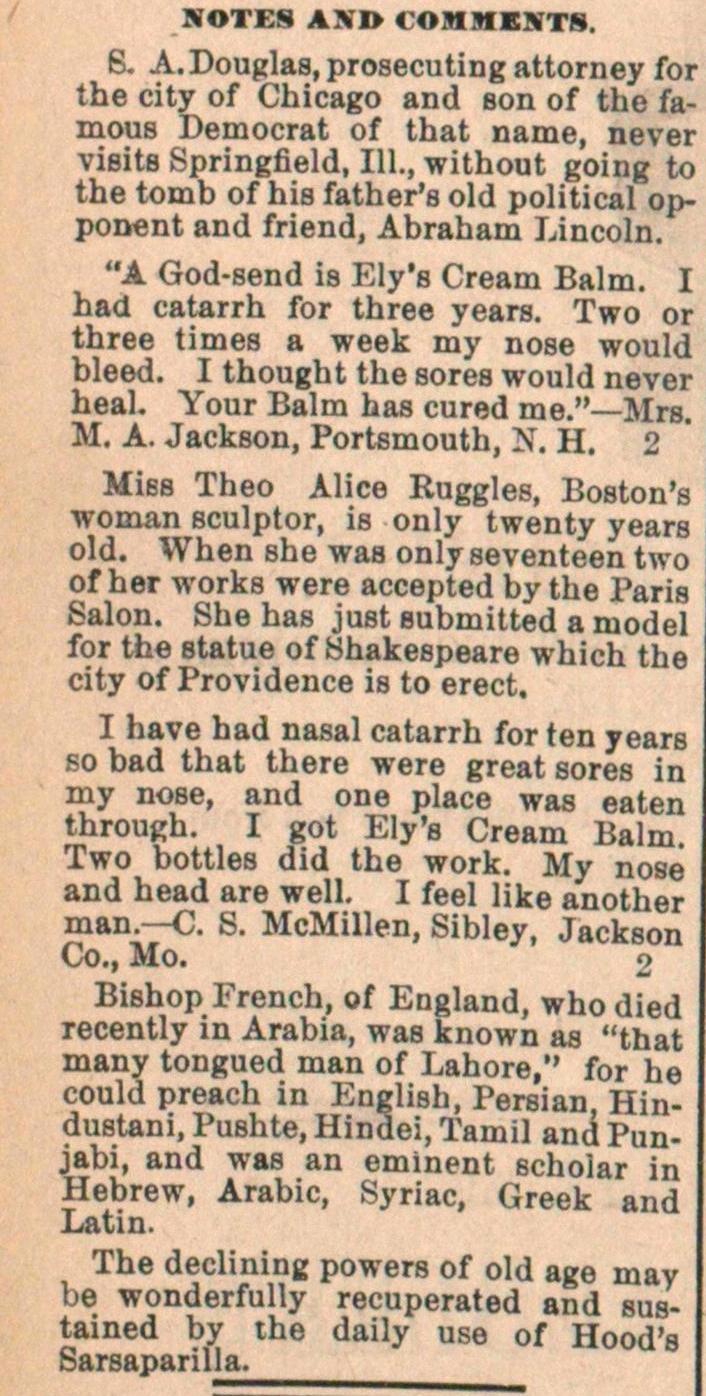 6. A.Douglas, prosecuting attorney for the city of Chicago and son of the famous Democrat of that name, never visits Springfield, 111., without going to the tomb of his father's old political opponent and friend, Abraham Lincoln. "A God-send is Ely's Cream Balm. I had catarrh for three years. Two or three times a week my nose would bleed. I thought the sores would never heal. Your Balm has cured me."- Mrs. M. A. Jackson, Portemouth, N. H. 2 Miss Theo Alice Ruggles, Boston's woman sculptor, is only twenty years old. When 8he was onlyseventeen two of her works were accepted by the Paris Salon. She has just submitted a model for the statue of Shakespeare which the city of Providence is to erect. I have had nasal catarrh for ten years so bad that there were great sores in my nose, and one place was eaten throufih. I got Ely's Cream Balm Two bottles did the work. My nose and head are well. I feel like another man - C. S. McMillen, Sibley, Jackson Co., Mo. 2 Bishop French, of England, who died recently in Arabia, was known as "that many tongued man of Labore," for he could preach in English, Pereian Hindustani, Pushte, Hindei, Tamil and Punjabi, and was an eminent scholar in Hebrew, Arabic, Syriac, Greek and Latín. The declining powers of old age may be wonderfully recuperated and sustained by the daily use of Hood's Sarsaparilla.