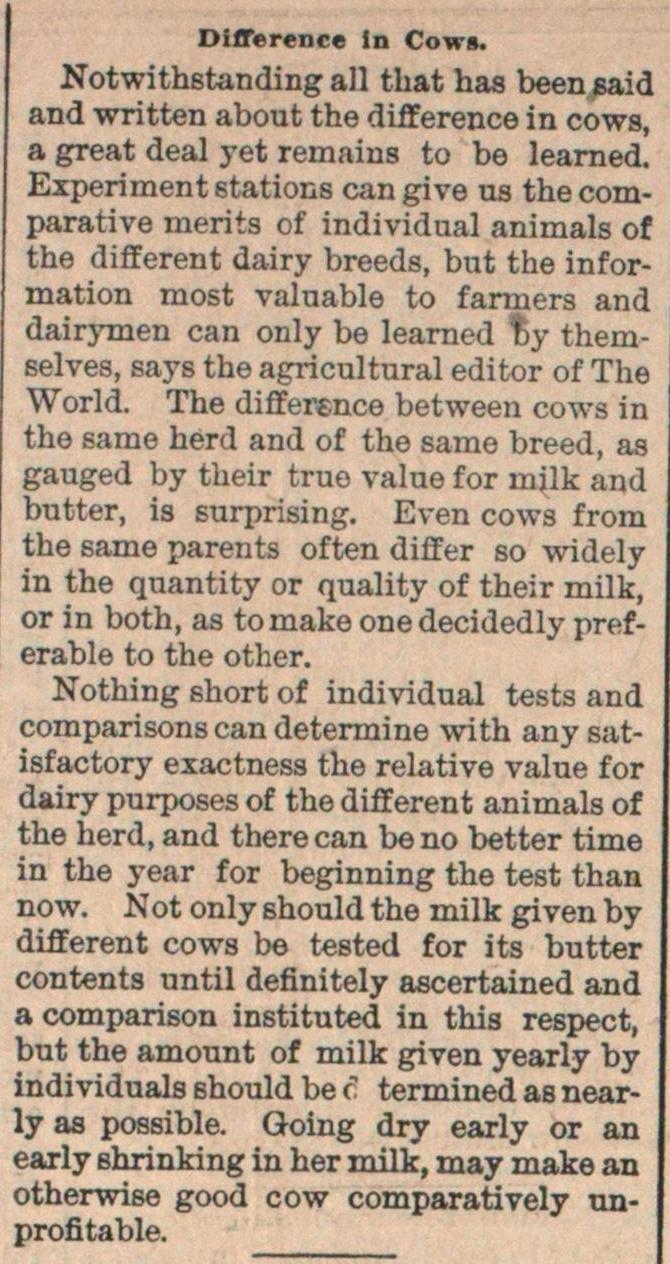 Notwithstanding aJl that has beeneaid and written about the difference in cows, a great deal yet remains to be learned. Experiment stations cangive us thecomparative merits of individual animáis of the different dairy breeds, but the information most valuable to farmera and dairymen can only be learned %y themselves, says the agricultural editor of The World. The difference between cows in the same herd and of the same breed, as gauged by their truo value for milk and butter, is surprising. Even cows from the same parents often differ so widely in the quantity or quality of their milk, or in both, as to make one decidedly preferable to the other. Nothing short of individual tests and comparisons can determine with any satisfactory exactness the relativa value for dairy purposes of the different animáis of the herd, and there can be no better time in the year for beginning the test than now. Not only should the milk eiven by different cows be tested for its butter contents nntil definitely ascertained and a comparison instituted in this respect, but the amount of milk given yearly by individuáis should be 6 termined as nearly as possible. Going dry early or an early shrinking in her milk, may make an otherwise good cow comparatively unprofitable.