A Writ Of Habeas Corpus 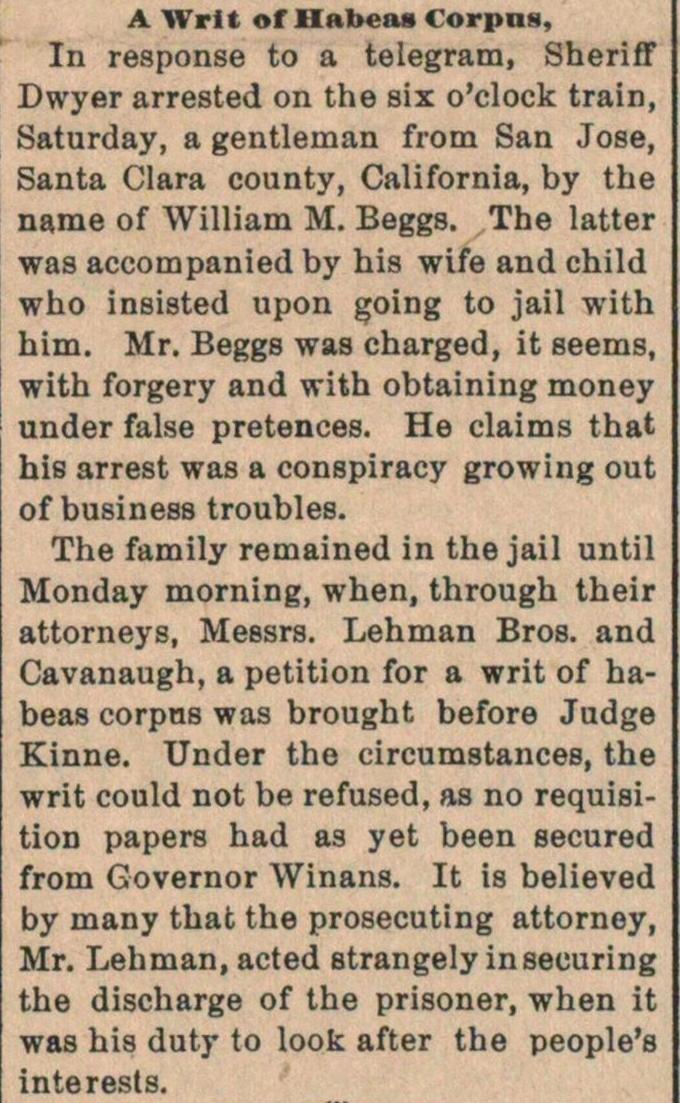 In response to a telegram, Sheriff Dwyer arrested on the six o'clock train, Saturday, a gentleman from San José, Santa Clara county, California, by the name of William M. Beggs. The latter was accompanied by his wife and child who insisted upon going to jail with him. Mr. Beggs was charged, it seems, with forgery and with obtaining money under false pretences. He claims that hifi arrest was a conspiracy growing out of business troubles. The family remained in the jail until Monday morning, when, through their attorneys, Messrs. Lehman Bros. and Cavanaugh, a petition for a writ of babeas corpas was brought before Judge Kinne. Under the circumstances, the writ could not be refused, as no requisition papers had as yet been secured from Governor Winans. It is believed by many that the prosecuting attorney, Mr. Lehman, acted strangely inseuuring the discharge of the prisoner, when it was his duty to look after the people's interests.