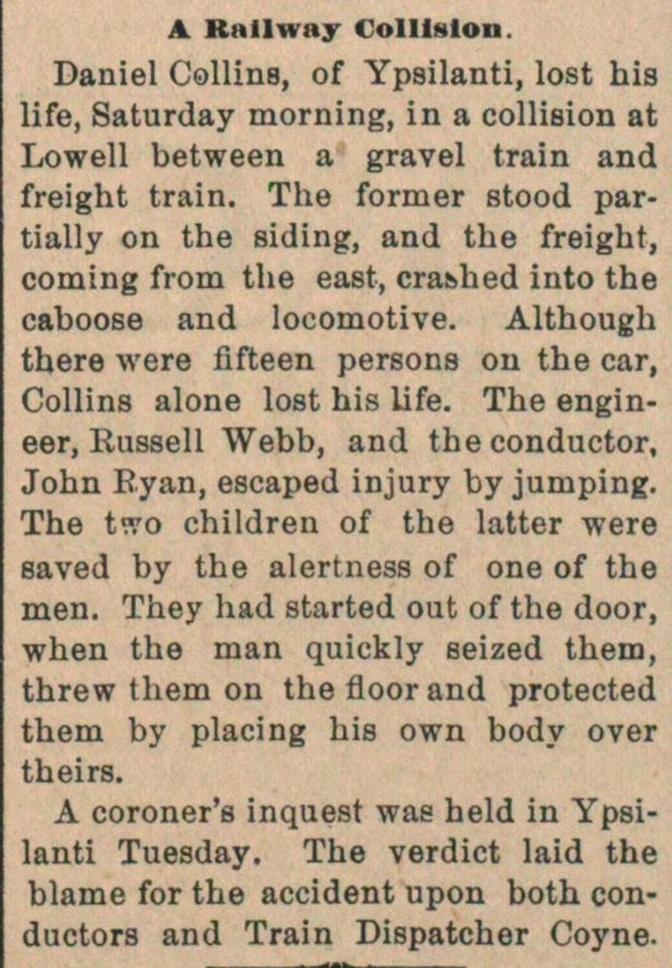 Daniel Collin8, of Ypsilanti, lost his life, Saturday morning, in a collision at Lowell between a gravel train and freight train. The former stood partially on the siding, and the freight, coming from the east, cra&hed into the caboose and loeomotive. Although there were fifteen persons on the car, Collins alone lost his Ufe. The engineer, Russell Webb, and the conductor, John Kyan, escaped injury by jumping. The two children of the latter were saved by the alertness of one of the men. They had started out of the door, when the man quickly seized them, threw them on the floor and protected them by placing his own body over theirs. A coroner'fi inquest was held in Ypsilanti Tuesday. The verdict laid the blame for the accident upon both conductors and Train Dispatcher Coyne.