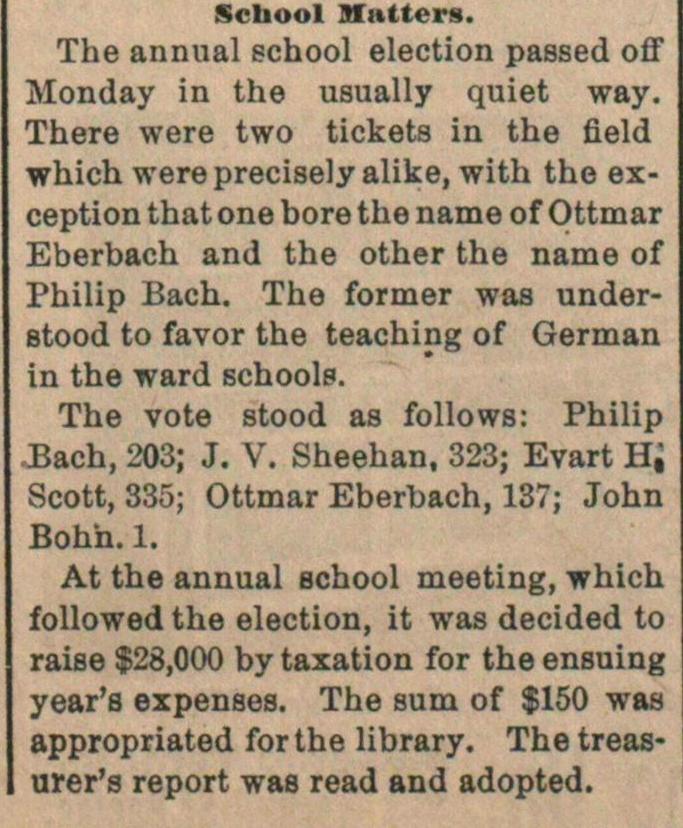 The annual school election passed off Monday in the usually quiet way. There were two tickets in the field which wereprecisely alike, with the exception that one bore the name of Ottmar Eberbach and the other the name of Philip Bach. The former was understood to favor the teaching of Germán in the ward schools. The vote stood as follows: Philip Bach, 203; J. V. Sheehan, 323; Evart H Scott, 335; Ottmar Eberbach, 137; John Bohh. 1. At the annual school meeting, which followed the election, it was decided to raise $28,000 by taxation for the ensuing year's expenses. The sum of $150 was appropriated for the library. Thetreasurer's report was read and adopted.