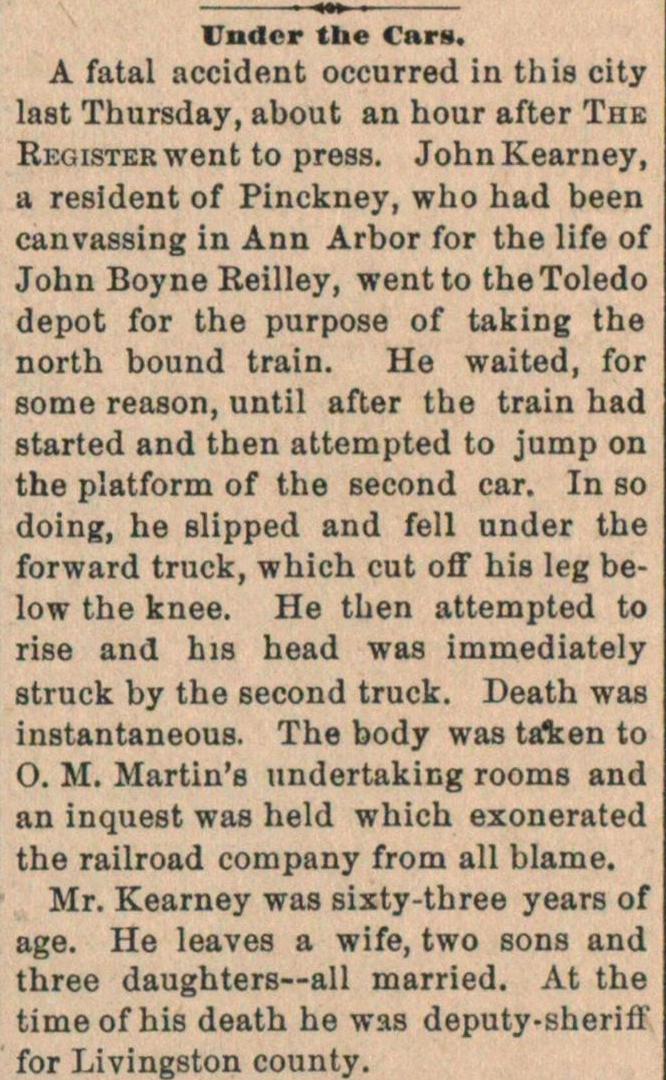 A fatal accident occurred ia th8 city last Thursday, about an hour after The Register went to press. JohnKearney, a resident of Pinckney, who had been canvassing in Ann Arbor for the life of John Boyne Reilley, wentto the Toledo depot for the purpose of taking the north bound train. He waited, for some reason, until after the train had started and then attempted to jump on the platform of the second car. In so doing, he slipped and feil under the forward truck, which cut off his leg below the knee. He then attempted to rise and his head was immediately struck by the second truck. Death was instantaneous. The body was talten to O. M. Martin's undertaking rooms and an inquest was held which exonerated the railroad company from all blame. Mr. Kearney was sixty-three years of age. He leaves a wife, two sons and three daughters- all married. At the time of his death he was deputy-sheriff for Livingston county.