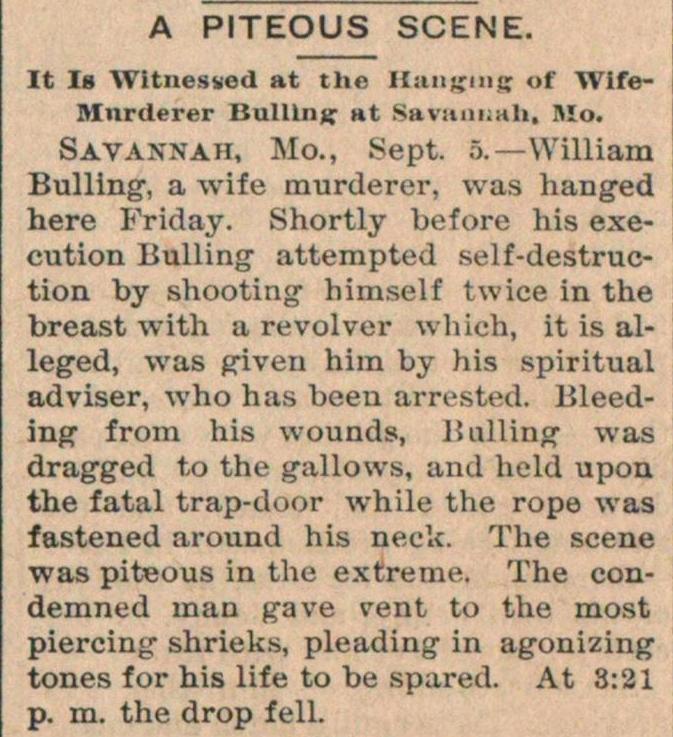 Savannah, Mo., Sept. 5. - William Builing', a wife murderer, was hanged here Friday. Shortly before his execution Bulling attempted self-destruction by shooting himself twice in the breast with a revolver which, it is alleged, was given him by his spiritual adviser, who has been arrested. Bleeding from his wounds, Bulling was dragged to the gallows, and held upon the fatal trap-door while the rope was fastened around his neek. The scène was piteous in the extreme. The condemned man gave vent to the most pierciny shrieks, pleading in agonizing tones for his life to be ■pared. At 8:21 p. m. the drop feil.