Drowned In Their Mother's Sight 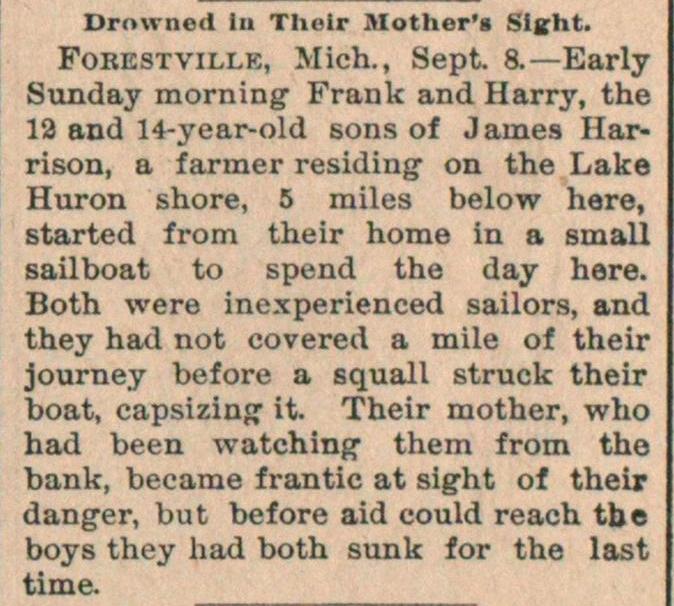 FoBESTViLLE, Mich. , Sept. 8. - Early Sunday morning1 Frank and Harry, the 12 and 14-year-old sons of James Harrison, a farmer residing on the Lake Huron shore, 5 miles below hare, started from their home in a small sailboat to spend the day here. Both were inexperienced sailors, and they had not covered a mile of their journey before a squall struck their boat, capsizinff it. Their mother, who had been watchinp them from the bank, became frantie at sight of their danger, but before aid could reach the boys they had both sunk for the last time.