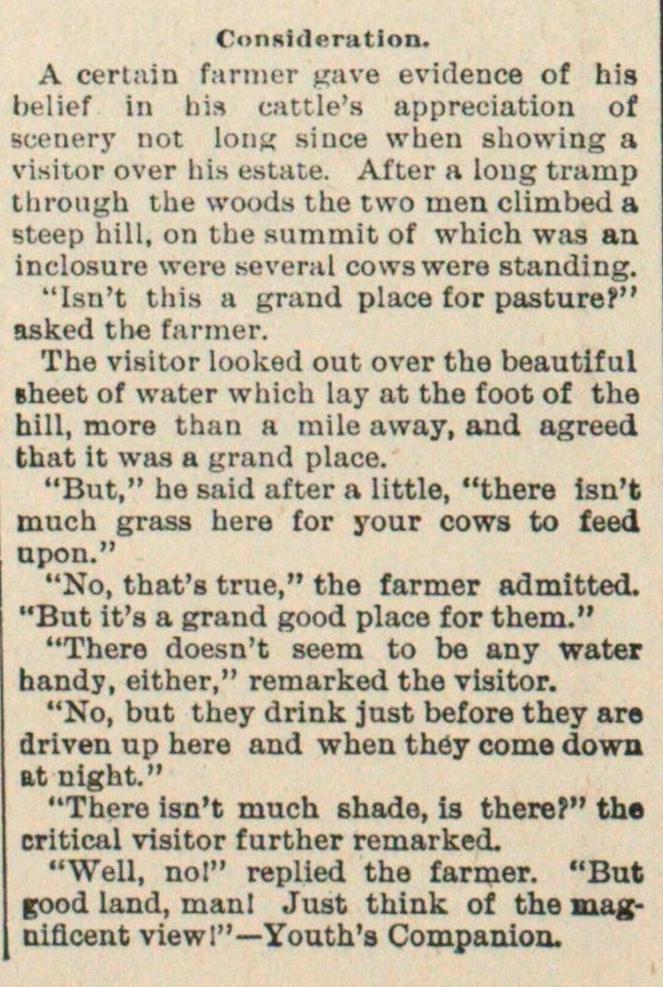 A cert.'iin farmer nave evidence of his belief in liis cittle's appreeiation of scenery not lona siuce when sliowing a visitor over his estáte. After a long tramp tlirough the woods the two men climbed a steep hill, on tbe summit of which was au inclosure were sevenil cowswere standing. "Isn't this a grand place for pasture?" asked the farmer. The visitor looked out over the beautiful (heet of water wliich lay at the foot of the hill, more than a mile away, and agreed that it was a grand place. "But," he said after a little, "there isn'l much grass here for your cows to feed apon." "No, that's true," the farmer admitted. "But it's a grand good place for them." "There doesn't seem to be any water handy, either," remarked the visitor. "No, but they drink jast before they ars driven up here and when théy come down at night." "There isn't much shado, Is there?" the critical visitor f urther remarked. "Well, nol" replied the farmer. "But good land, maní .lust think of the mag tuacent view I ' -