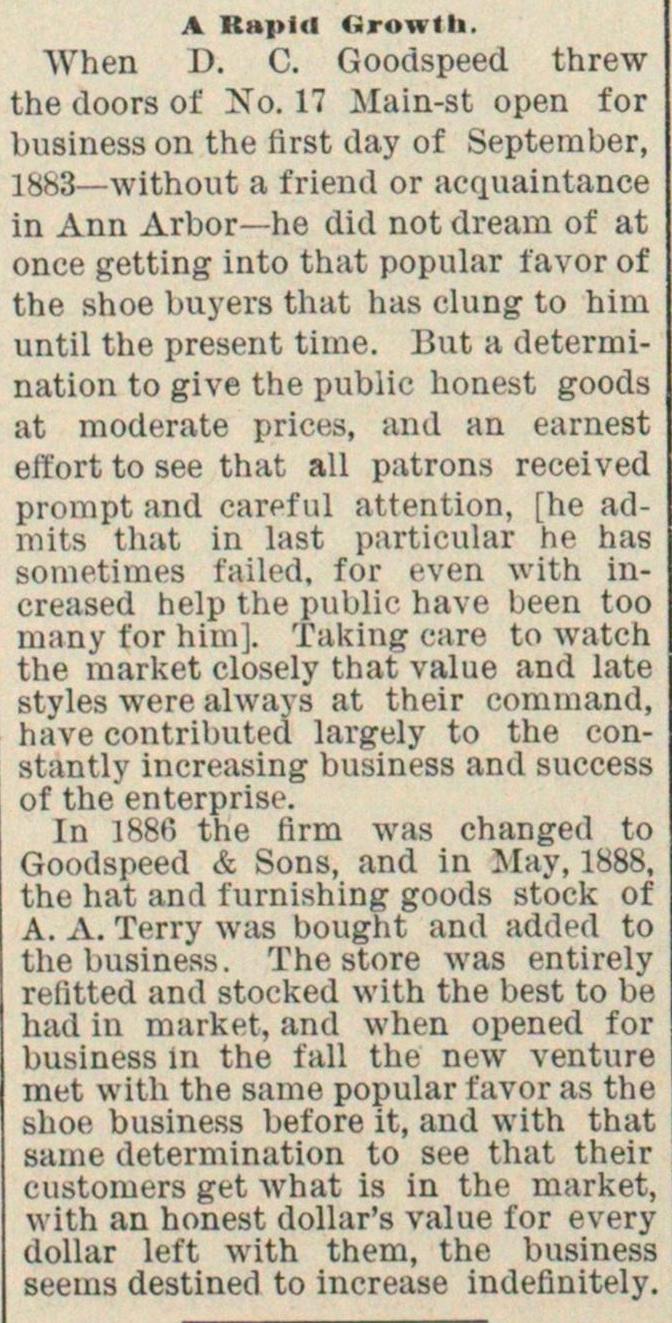 AVhen D. C. Goodspeed threw the doors of lío. 17 Main-st open for business on the first ilay of September, 1883- without a friend or acquaintance in Ann Arbor- he did not dream of at once getting into that popular favor of the shoe buyers that has clung to him until the present time. But a determination to give the public honest goods at moderate prices, and an earnest effort to see that all patrons received prompt and caref ui attention, [he admits that in last particular he has Bometlme8 failed, for even with increased help the public have been too man y for him]. Taking care to watch the market closely that value and late styles were always at their command, have contributed largely to the constantly increasing business and success of the enterprise. In 1886 the firm was changed to Goodspeed & Sons, and in May, 1888, the hat and furnishing goods stock of A. A. Terry was bought and added to the business. The store was entirely relitted and stocked with the best to be had in market, and when opened for business in the fall the new venture met with the same popular favor as the shoe business before it, and with thai same determination to see that their customers get what is in the market with an honest dollar's value for every dollar lelt with them, the business seeins destined to increase indefinitely