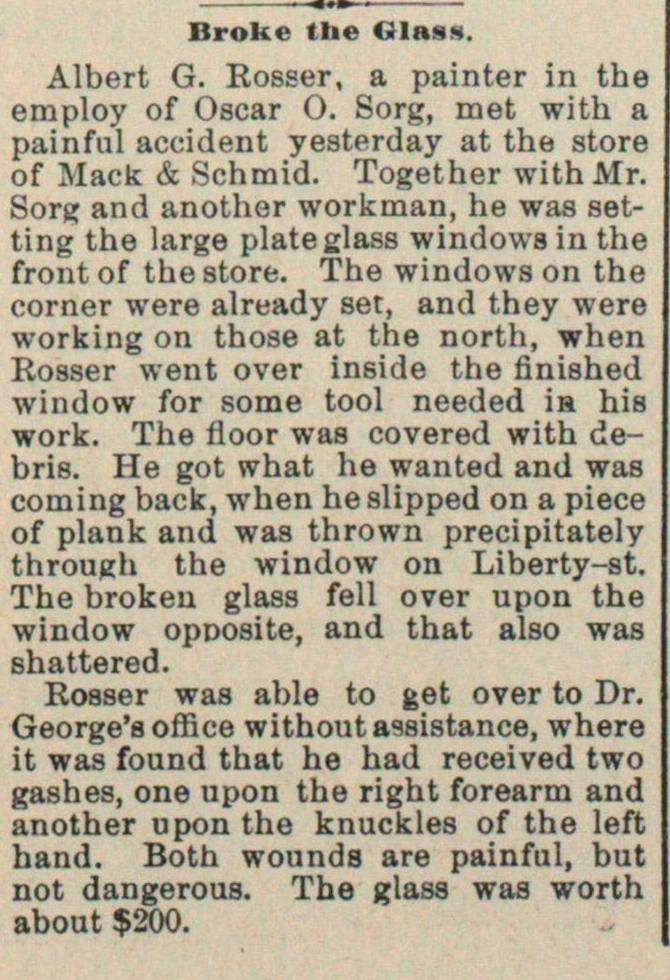 Albert G. Eosser, a painter in the employ of Oscar O. Sorg, met with a painful accident yesterday at the store of Mack & Schmid. Together with Mr. Sori and another workman, he was setting the large plateglass windows in the front of the store. The windows on the corner were already set, and they were working on those at the north, when Rosser went over inside the finished window for some tooi needed h his work. The floor was covered with debris. He got what he wanted and was coming back, when he slipped on a piece of plank and was thrown precipitately through the window on Liberty-st. The brokeu glass feil over upon the window opoosite, and that also was shattered. Rosser was able to get over to Dr. George's office without aasistance, where it was found that he had received two gashes, one upon the right forearm and another upon the knuckles of the left hand. Both wounds are painful, but not dangerous. The glass was worth about $200.