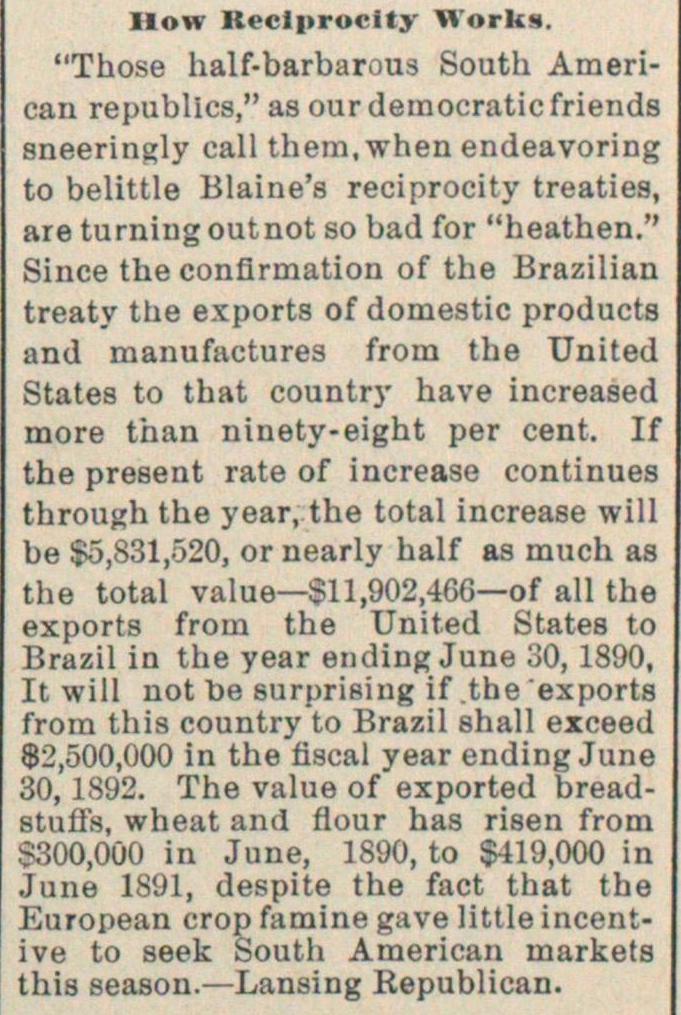 "Those half-barbarous South American republics," as our democratie friends sneeringly cali them, when endeavoring to belittle Blaine's reciprocity treaties, are turning out not so bad for "heathen." Since the confirmation of the Brazilian treaty the exports of domestic producís and manufactures from the United States to that country have increased more than ninety-eight per cent. If the present rate of increase continúes through the year, the total increase will be $5,831,520, or nearly half as much as the total value- SI 1,902,466- of all the exports from the United States to Brazil in the year ending June 30, 1890, It will not De surprising if the exports from this country to Brazil shall exceed $2,500,000 in the fiscal year ending June 30, 1892. The value of exported breadstufls, wheat and flour has risen from $300,000 in June, 1890, to $419,000 in June 1891, despite the fact that the European erop famine gave little incentive to seek South American markets this