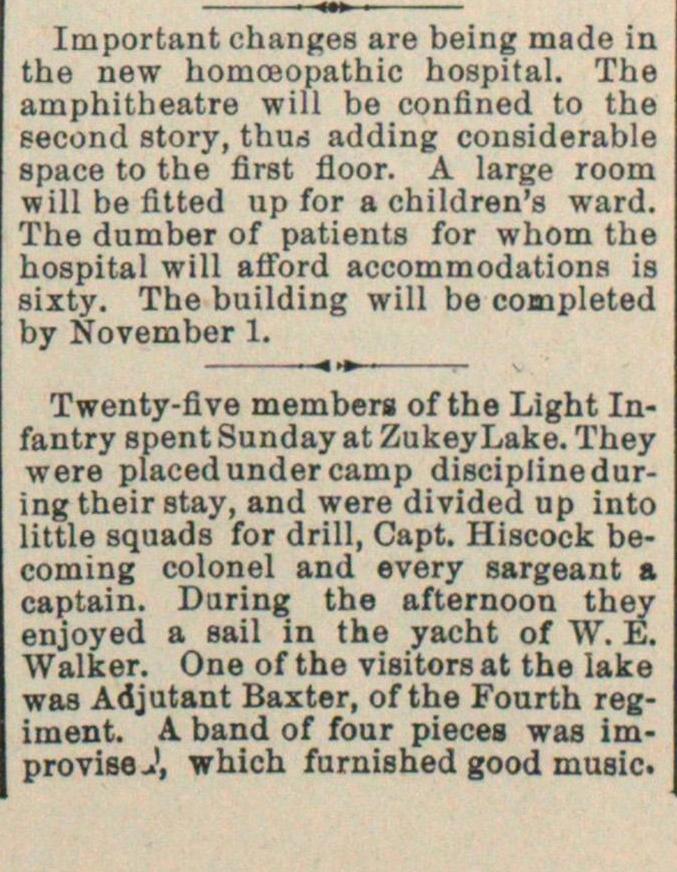 Important changes are being made in the new homceopathic hospital. The amphitheatre will be confined to the second story, thus adding considerable space to the flrst floor. A large room will be fitted up for a children's ward. The dumber of patients for whom the hospital will afford accommodations is sixty. The building will be completed by November 1. Twenty-five memberg of the Light Infantry spent Sunday at Zukey Lak e. They were placed under camp discipline during their stay, and were divided up into little squads for drill, Capt. Hiscock becoming colonel and every sargeant a captain. During the afternoon they enjoyed a sail in the yacht of W. E. Walker. One of the visitorsat the lake was Adjutant Baxter, of the Fourth regiment. A band of four pieces was improvise J, which furnished good music.