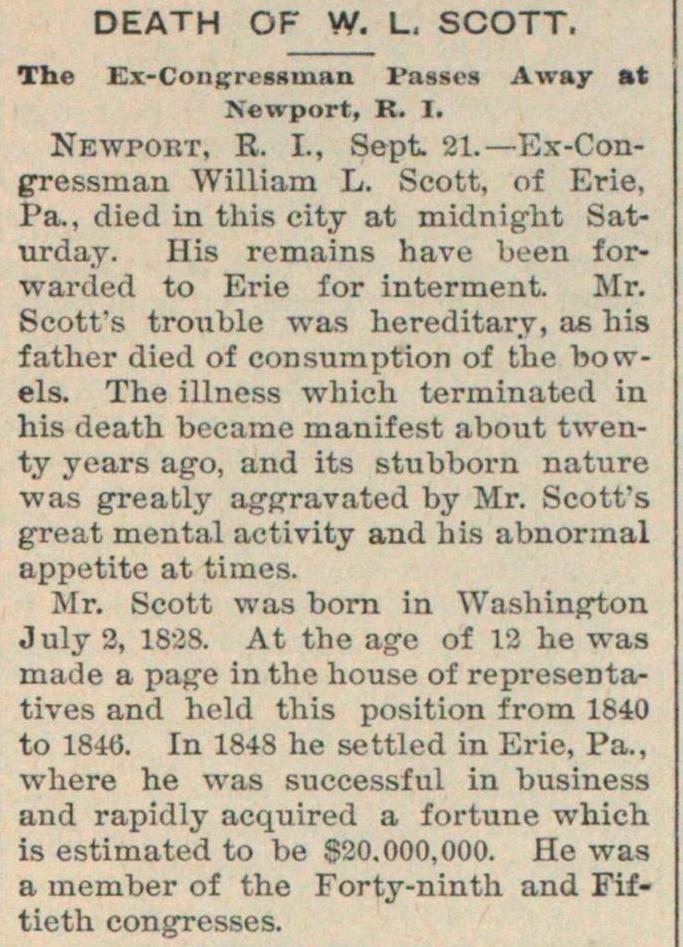 NSWPOBT, R. I-, Sept 21.- Ex-Congressman William L. Scott, of Erie, Pa., died in this city at midnight Saturday. His remains have been forwarded to Erie ior interment. Mr. Seott's trouble was hereditary, as his father died of consumption of the bowels. The illness whieh terminated in his death became manifest about twenty years ago, and its stubborn nature was greatly agfjravated by Mr. Seott's great mental activity and his abnormal appetite at times. Mr. Scott was bom in Washington July 2, 182S. At the age of 12 he was made a pape in the house of representatives and held this position from 1840 to 1816. In 184S he settled in Erie, Pa., wliere he was successful in business and rapidly acquired a fortune which is estimated to be $20.000,000. He was a member of the Forty-ninth and Fiftieth congresses.