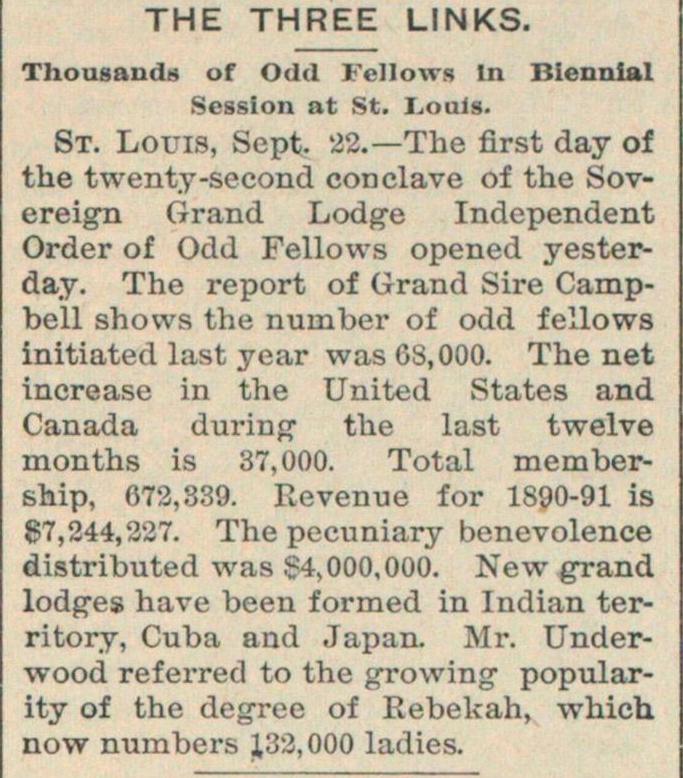 St. Louis, Sept. 22.- The first day of the twenty-second conclave of the Sovereign Grand Lodge Independent Order of Odd Fellovvs opened yesterday. The report of Grand Sire Campbell shows the nuinber of odd fellows initiated last year was 03,000. The net increase in the United States and Canada during the last twelve months is 37,000. Total membership, 672,339. Revenue for 1890-91 is 87,244,227. The pecuniary benevolence distributed was 54,000,000. New grand lodges have been formed in Indian territory, Cuba and Japan. Mr. Underwood referred to the growing popularity of the degree of Eebekah, which now numbers 32,000 ladies.