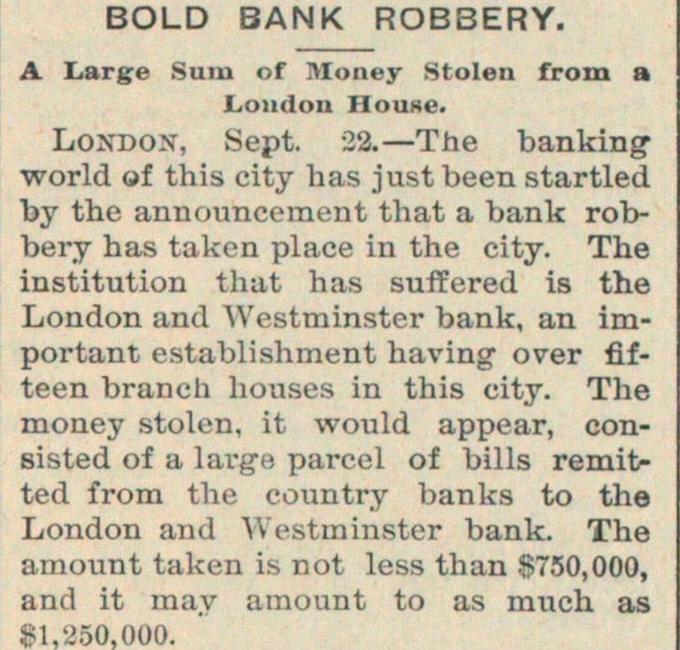 London, Sept. 22.- The banking world of this city has justbeen startled by the announceraent that a bank robbery has taken place in the city. The institution that has suffered is the London and Westminster bank, an important establishment having over uiteen branch liouses in this city. The money stolen, it would appear, consisted of a lavgo parcel of bilis remitted from the country banks to the London and Westminster bank. The amount taken is not less than .$750,000, and it may amount to as much as il, 260, 000.