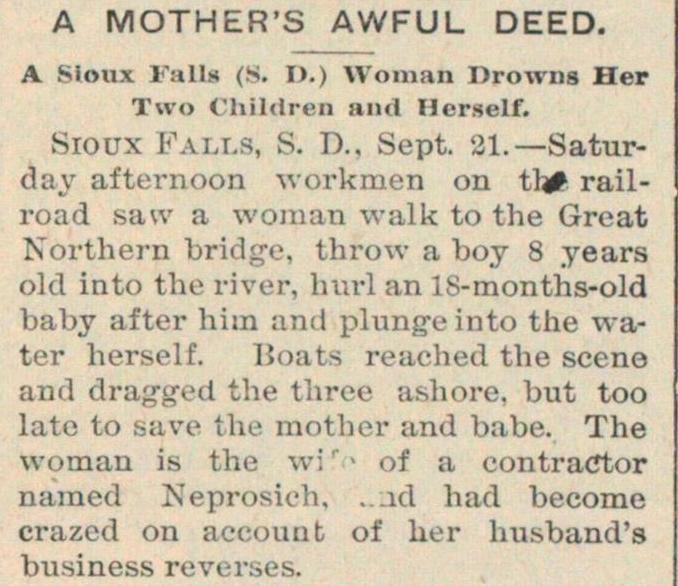 Sioux F.u.r.s, S. D.. Sept. 21. - Saturd;iv afternoon workmen on th0 railroad saw a woman walk to the Great Northern bridge, throw a boy 8 years old into the river, burl an 18-months-old baby after him aml plungfeinto the water herself. l!o;it reacbed the scène and dragged the three ashore. but too late to save tlu' motber and babe. The woman is the vi ' ' of a contractor named Neproslch, . ld had become crazed on account of her husband's business reverses.