Killed By The Cars 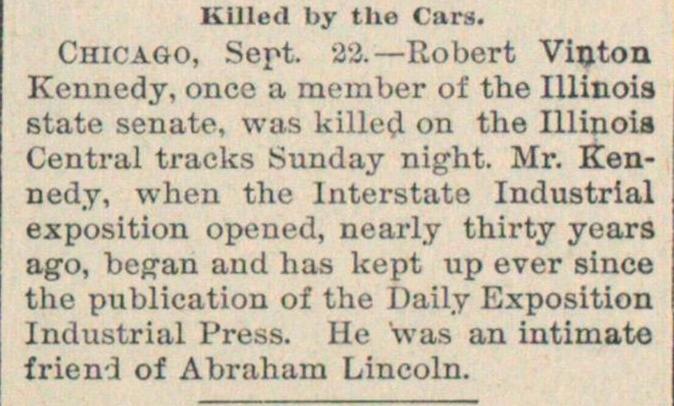 Chicago, Sept. 22. - Robert Viijton Kennedy, once a member of the Illinois state senate, v;is killed on the Illinois Central tracks Sunday nig-ht. Mr. Kennedy, when the Interstate Industrial exposition opened, nearly thirty yeara ago, beffan and has kept up ever since the publication of the Daily Exposition Industrial Press. He was an intímate trien! of Abraham Lincoln.