Cut Off Its Service 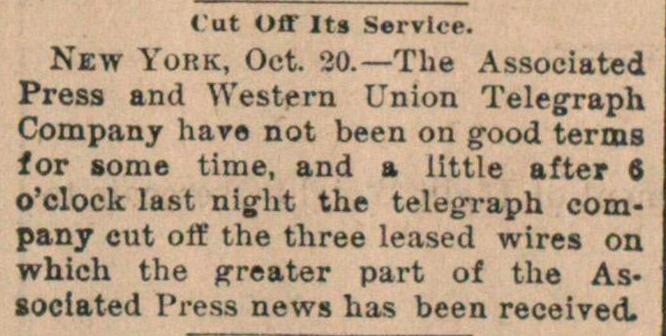 New York, Oct. 20.- The Associated Press and Western Union Telegraph Company hare not been on good terms for tome time, and a little after 6 o'clock last nig-ht the telegraph company cut off the three leased wires on which the ffreater part of the Associated Press news has been received.