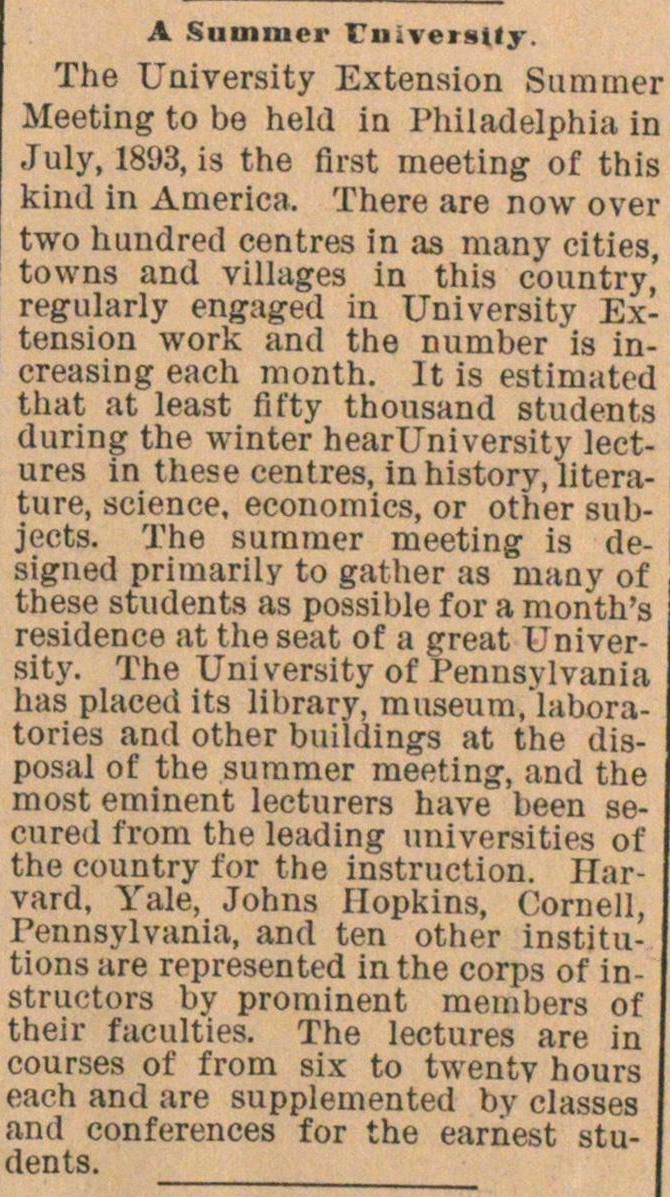 The University Extensión Slimmer Meeting to be held in I'hiladelphia in July, 1893, s the first meeting of this kind in America. There are now over two hundred centres in as many cities, towns and villages in this country regularly engaged in University Extensión work and the number is increasing each month. It is estiniated that at least fifty thousand students during the winter hearUniversity lectures in these centres, inhistory, literature, science, economies, or other subjects. The summer meeting is designed primarily to gatlier as many of these students as possible for a month's residence at theseat of a great University. The University of Pennsylvania has placed its library, museum, "laboratories and other buildings at the disposal of the summer meeting, and the most eminent lecturers have been secureil from the leading universities of the country for the instruction. Harvard, Yale, Johns Hopkins, Oornell, Pennsylvania, and ten other institutions are represented in the corps of instructors by prominent members of their faculties. The lectures are in courses of from six to twentv hours each and are supplemented by classes and conferences for the earnest students.