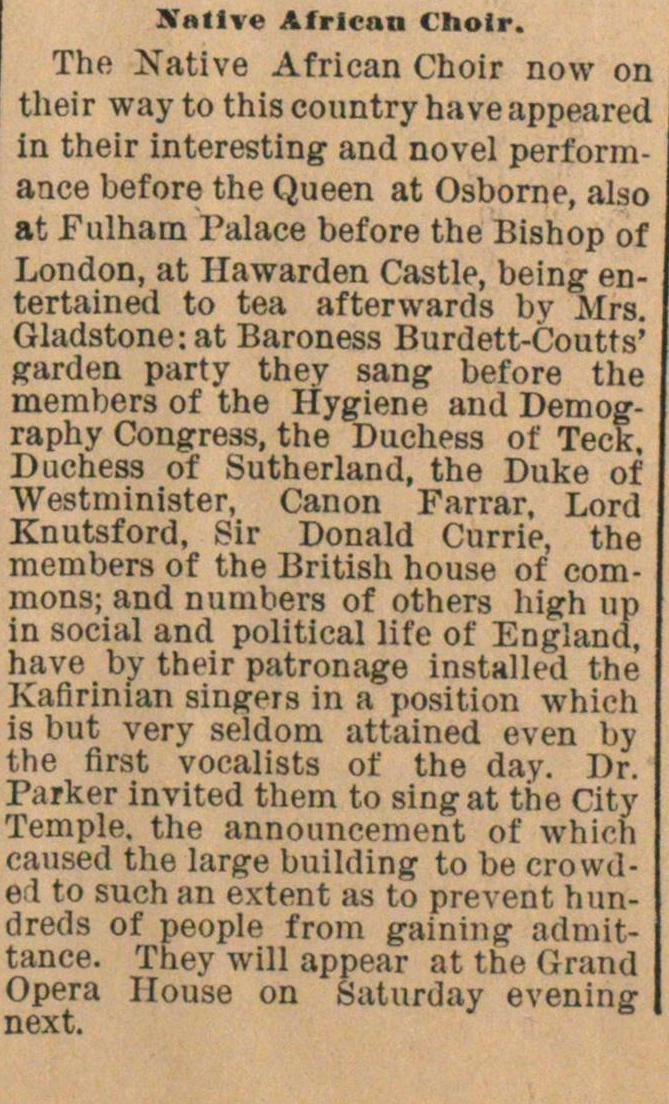 The Nati ve African Choir now on their waytothis country have appeared in their interesting and novel performance before the Queen at Osborne, also at Fulham Palace before the Bishop of London, at Hawarden Castle, being entertained to tea afterwards by Mrs. Gladstone: at Baroness Burdett-Coutts' garden party they sang before the members of the Hygiëne and Demography Congress, the Duchess of Teek, Duchess of Sutherland, the Duke of Westminister, Canon Farrar, Lord Knutsford, Sir Donald Currie, the members of the British house of commons; and numbers of others high up in social and political life of England, have by their patronage installed the Kaflrlnlan singers in a position whieh is but very seldom attained even by the flrst voealists of the day. Dr. Parker invited them to singat the City Temple, the announcement of whicn caused the large building to be crowdel to such an extent as to prevent himdreds of people from gainiitg admittance. They will appear at the (Jrand Opera House on Saturday evening next.