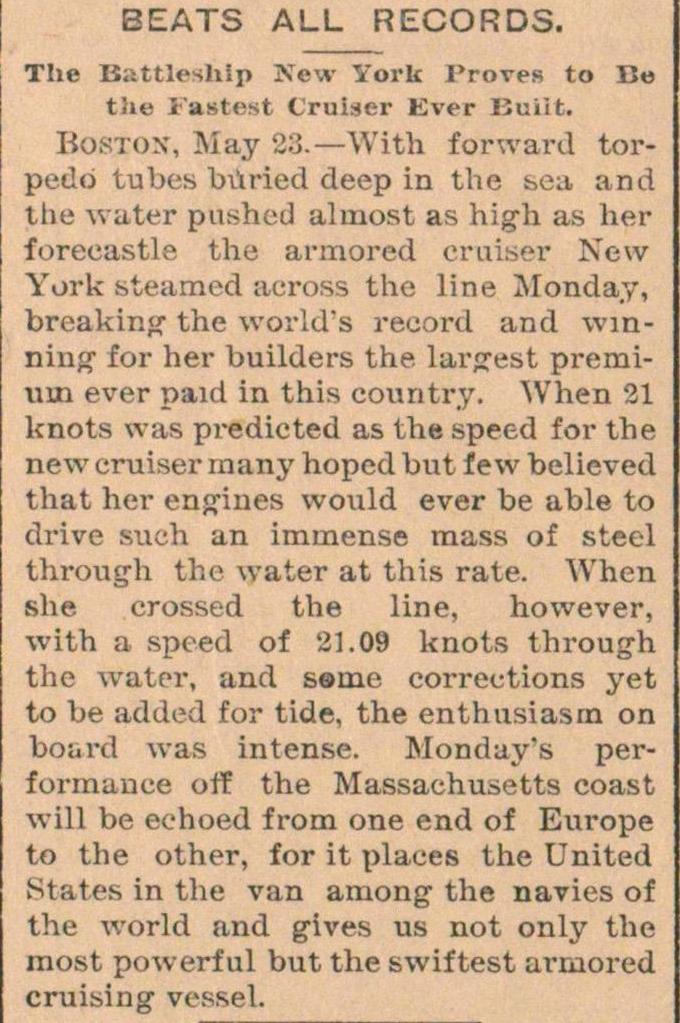 BosiON, May 28. - With forward torpedo tubes büried deep in the bea and the water pushetl almost as high as her foreeastle the armored cruiser New York steamed across the line Monday, breakinfj the world's record and winning for her builders the. largest premium ever paid in this country. When 21 knots was predicted as the speed for the new cruiser many hoped but few believed that her engines would ever be able to drive such an immense mass of steel through the water at this rate. When she crossed the line, however, with a speed of 21.09 knots through the water, and same corrections yet to be added for tide, the enthusiasrn on board was intense. Monday's performauce off the Massachusetts coast will be eehoed from one end of Europe to the other, for it places the United States in the van among the navies of the world and gives us not only the most powerful but the swiftest armored cruising vessel.